Britain will support whatever Sweden decides on Nato

Sweden’s Prime Minister also addressed reporters about the bilateral political declaration of solidarity signed by her and Boris Johnson, The Guardian reported. 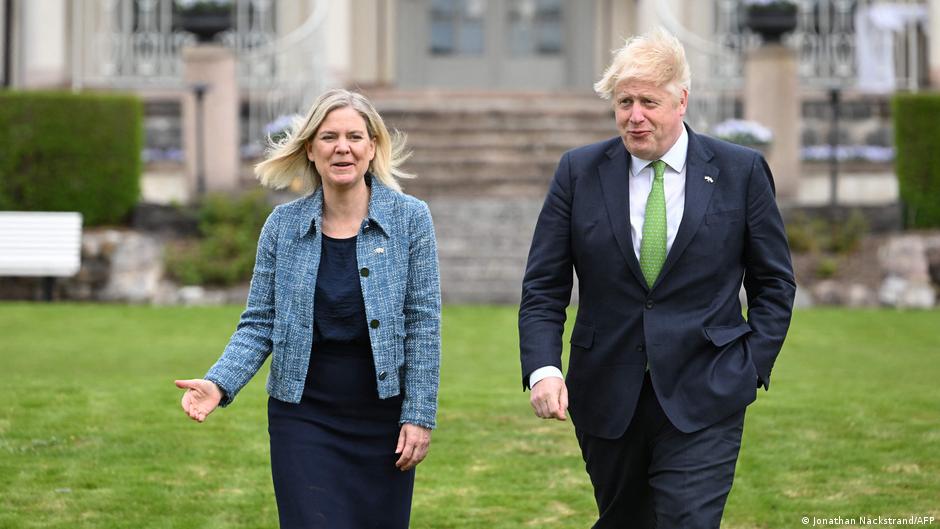 Johnson, who is also scheduled to visit Finland today, emphasised that “in the event of a disaster or an attack upon Sweden, the UK would come to the assistance of Sweden with whatever Sweden requested”.

Sweden’s Prime Minister also addressed reporters about the bilateral political declaration of solidarity signed by her and Boris Johnson, The Guardian reported.

Andersson added that she and the UK PM have “agreed to face challenges in peace, crisis and conflict together”.

“If either country should suffer a disaster or an attack, the United Kingdom and Sweden will assist each other in a variety of ways.

The support would be given on request from the affected country and may include military resources,” she added. The pact, Johnson said, is an “important step forward” for the relationship between Sweden and Britain.

Johnson said he was pleased to sign the declaration “that brings both the countries even more closer”.

In response to the UK prime minister’s visit to Nordic countries, Kremlin spokesperson Dmitry Peskov said Russia is closely watching anything that can affect NATO’s configuration on its borders.

Since the invasion of Ukraine, support for joining the military alliance has increased in both Sweden and Finland – despite their long history of military neutrality.

Finland adopted neutrality after its forces were defeated by the Soviet Union during World War Two, and if Sweden decides to join NATO it would end more than 200 years of non-alignment for the country, BBC reported.
Previously, NATO chief Jens Stoltenberg said the alliance would welcome both countries with “open arms” and there would be minimal delay in processing their membership.