BrahMos Aerospace to roll out 80 to 100 missiles every year

The BrahMos missile, whose manufacturing is about to start in the Lucknow node of the Defence Corridor, was the center of attraction in the exhibition. 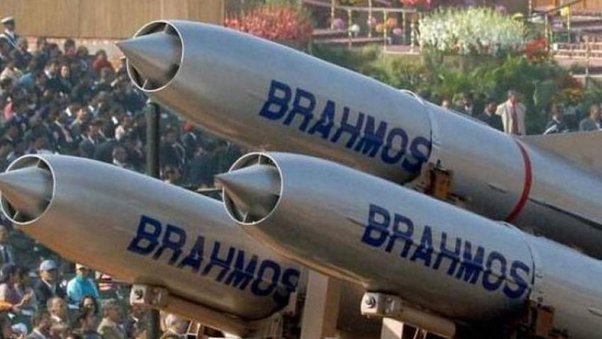 The BrahMos missile, whose manufacturing is about to start in the Lucknow node of the Defence Corridor, was the center of attraction in the exhibition. The Prime Minister paid special attention and couldn’t take his eyes off the prestigious BrahMos missile autonomous launcher, which was displayed at one of the 110 stalls in the exhibition at the venue of Ground Breaking Ceremony 3 in the state capital on June 3.

Rane said, “Whereas the feasibility study of the missile is nearing completion, once these preliminary studies are over, a detailed design of the system will start, if things go smooth, the joint venture of DRDO India and NPOM of Russia has planned to finish detail designing within two years followed by system trials.”

The timeline to roll out the future generation of missiles (BRAHMOS-NG) will be five to seven years from now. This new manufacturing hub will empower the missile industry consortium in-country and will help to create an ecosystem for futuristic weapons and technology within the state and the country.

BrahMos Aerospace has planned to deliver 80-100 missiles a year from the Lucknow facility. “Numbers are highly dependent on the orders we receive,” Rane said.

The Defence Research and Development Organisation (DRDO) is establishing a BrahMos manufacturing center in the state capital. Spread in an area of 200 acres, BrahMos Aerospace will manufacture the World’s best Supersonic Cruise missile system designated as BRAHMOS-NG that can be launched from submarine, ship, aircraft, or land.

The manufacturing center will be a modern, state-of-art facility. The foundation stone for the center, along with that for the Defence Technology and Test Centre (DTTC), was laid by Defence Minister Rajnath Singh on December 26, 2021.

The Brahmos-NG is smaller, lighter and has smarter dimensions and is being designed for deployment on a wider number of modern military platforms. It will hugely bolster the Indian military’s modern combat capability and flexibility during the next few years.

Mangaluru:Mangaluru has found its name in the list of yet another controversy after some students were suspended for dancing...
Nation