Johnson said he is sad to give up 'the best job in the world, but them's the breaks.' 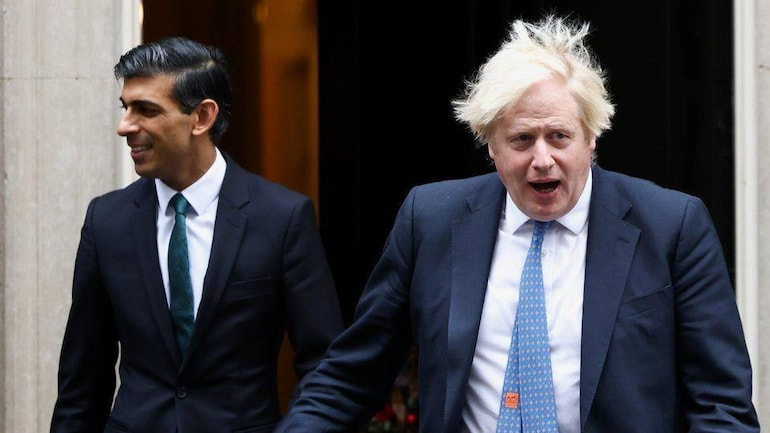 London: Following the wave of resignations of Tory leaders, Boris Johnson on Thursday stepped down as the UK Prime Minister, however he will serve until a new leader takes over.

Johnson said he is sad to give up ‘the best job in the world, but them’s the breaks.’

“I’ve agreed with Sir Graham Brady, the chairman of our backbench MPs, that the process of choosing that new leader should begin now and the timetable will be announced next week. And I’ve today appointed a Cabinet to serve, as I will, until a new leader is in place,” BBC quoted Johnson as saying.

Foreign Secretary Liz Truss tweeted: ‘The PM has made the right decision. The Government under Boris’s leadership had many achievements – delivering Brexit, vaccines and backing Ukraine. We need calmness and unity now and to keep governing while a new leader is found”.

This came as dozens of ministers of Boris Johnson led-government, including chancellor Rishi Sunak, resigned in protest at his leadership.

Sunak’s replacement as chancellor Nahim Zahawi was among the ministers urged the PM to quit, according to BBC’s report.

It was triggered by revelations about Johnson’s handling of sexual misconduct accusation against former Deputy Chief Whip Chris Pincher.

According to Sky News, Sunak and Javid’s resignation prompted a flood of resignations from government as Tory MPs has earlier said they could no longer support a leader who has lied over the appointment of deputy chief whip Chris Pincher, plunging the PM into further crisis.