The Chief Minister said that both the Meghalaya and Assam government share a relationship and so even minor problems are being addressed swiftly. 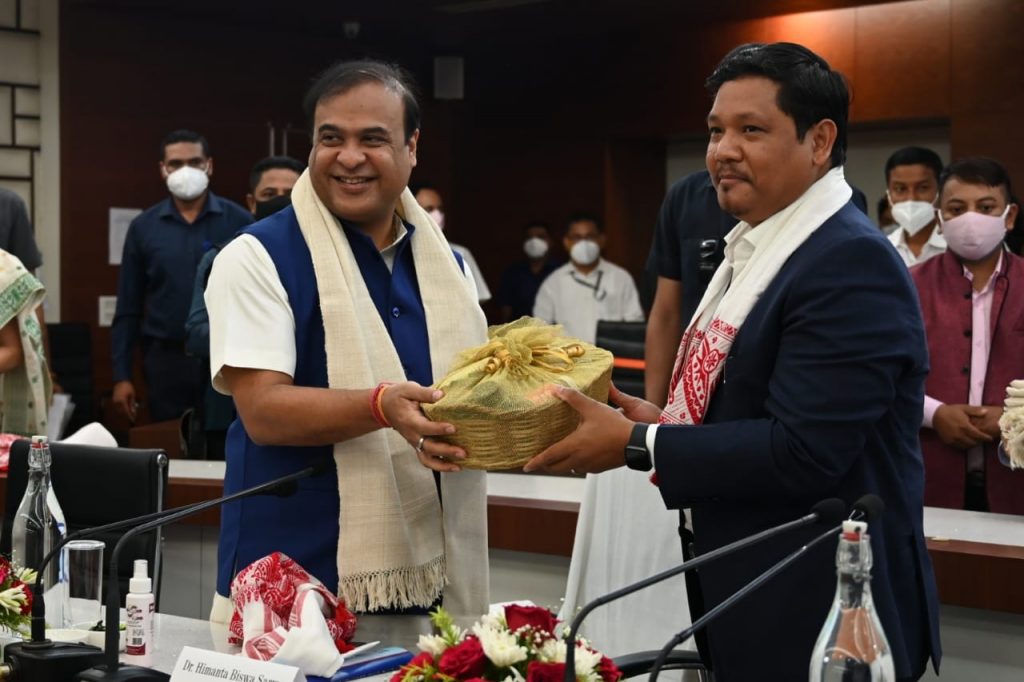 Shillong: Chief Minister Conrad Sangma on Tuesday said the desire of the people of Block-I area, a disputed area between Assam and Meghalaya to be with Meghalaya will be taken up in the second phase of the inter-state border talks for resolving the remaining six areas of difference.

“Once the boundary dispute is resolved in the six sectors taken up in the first phase, then the complex boundary dispute in Block I Block II and other areas would be taken up,” Sangma said in the course of his reply to a Call Attention Notice, moved by Nujorki Sungoh from the ruling United Democratic Party (UDP), on the plight of the residents at Block I.

“Emotions sometimes run high in these disputed areas. It’s precisely for this reason that both states have developed a cordial relationship so that any unforeseen issues could be tackled swiftly,” Sangma said, even as he informed the members of the House that he communicates with his Assam counterpart both officially and unofficially even for minor issues and these problems are resolved in a short time.

The plight of the people in Block I was raised by Sugnoh, who said they are living a life worse than refugees in their own land, to which the Chief Minister said, the Deputy Commissioner from West Jaintia Hills is constantly in touch with his counterpart from Karbi Anglong district, Assam.

Earlier, Sungoh urged the State government to free the people of Block-1from untold miseries that they have been facing for 71 long years and how the hoi-polloi of the disputed village between the two neighbouring States “yearns for the day when they will be one with Meghalaya”.

“The sorrow, pain and untold hardships that they have faced and still facing till now cannot be described by me. Since April 13, 1951, they have been subjected to undue harassment by government officials of Assam and militants alike,” he said.

“They have been extorted and deprived of their rights and properties, young girls have been subjected to untold horrors, they have been arrested for no crime, they have been forced to pay taxes on land, house and domestic animals that they rear, they are deprived of drinking water, healthcare, education, road connectivity and electricity,” the UDP legislator said.