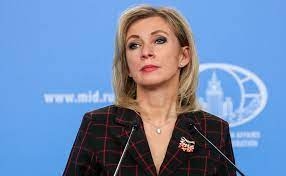 Moscow: Russian Foreign Ministry spokeswoman Maria Zakharova called “childish babble” and “nonsense” the statements made by US Secretary of State Antony Blinken about the Russian decision to send troops to Kazakhstan as part of the Collective Security Treaty Organization (CSTO) peacekeeping contingent.

“You said it was Russophobia. And I think it is despair and lack of arguments. Or, rather, despair from the lack of arguments. Look, now questions are being asked to American representatives about Kazakhstan and they are confused. They don’t know what to say. Look at this childish babble and nonsense they spout,” Zakharove told the Soloviev Live YouTube show.

On late Friday, Blinken expressed concern over the CSTO decision to send peacekeepers to Kazakhstan, adding that “one lesson in recent history is that once Russians are in your house, it’s sometimes very difficult to get them to leave.” The Russian Foreign Ministry has already criticized Blinken’s statement, calling it “a joke about the tragic developments in Kazakhstan in a boorish manner typical for him.”

The White House confirmed on Saturday Blinken’s statements were reflective of the US official stance.