Chief Minister Eknath Shinde and Deputy Chief Minister Devendra Fadnavis were among the other MLAs in the state Assembly who cast their votes. 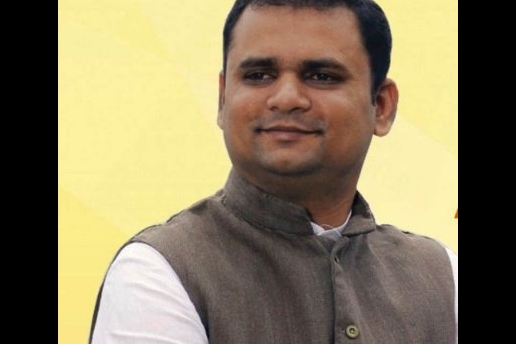 Narwekar was elected as the Maharashtra Assembly Speaker by securing 164 votes while his opponent Shiv Sena MLA Uddhav Thackeray loyalist Rajan Salvi was able to bag only 107 votes.

The voting was held after the House proceedings began at 11 am.

Chief Minister Eknath Shinde and Deputy Chief Minister Devendra Fadnavis were among the other MLAs in the state Assembly who cast their votes.

The Samajwadi Party (SP) and AIMIM abstained from voting against the BJP candidate as Abu Azmi and Raees Shaikh kept sitting during the head count. Raju Patil of Maharashtra Navnirman Sena (MNS) voted for BJP.

The Speaker’s post had been vacant since February last year after Nana Patole of Congress quit. Deputy speaker Narhari Zirwal had since then been acting as the Speaker.

The day before the voting, the two Shiv Sena factions, one headed by Uddhav Thackeray and the other led by Eknath Shinde, issued whips asking the MLAs to vote for their respective Speaker candidates to prove their majority.

A special two-day assembly session was called to elect the new speaker and carry out the floor test by Governor Bhagat Singh Koshiyari after the new government was formed by Eknath Shinde.

Narwekar is the sitting BJP MLA from the Colaba constituency. He had been associated with the Shiv Sena and Nationalist Congress Party in the past.

He is the son-in-law of senior NCP leader Ramraje Naik-Nimbalkar, a legislator from NCP and chairman and speaker of the Maharashtra legislator.