However, the CPI-M candidate, former minister and sitting MLA Bhanu Lal Saha lost the election although secured all 15 votes of the opposition. 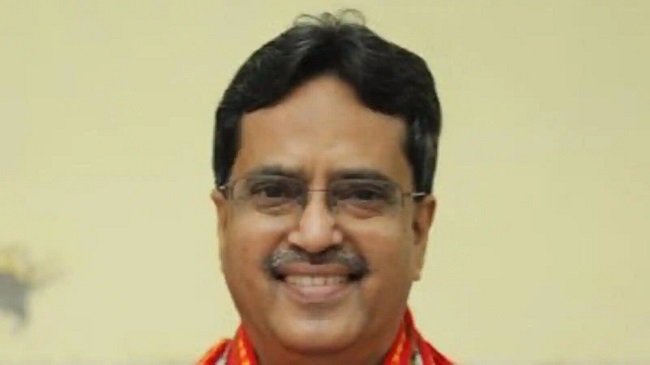 Agartala: Brushing out the speculation of cross-voting, BJP nominee, the party-state president Dr Manik Saha won the lone Rajya Sabha seat of Tripura expectedly by securing 40 votes of ruling BJP-IPFT MLAs out of 41 on Thursday.

However, the CPI-M candidate, former minister and sitting MLA Bhanu Lal Saha lost the election although secured all 15 votes of the opposition. The BJP for the first time in the history of Tripura elected an MP of Rajya Sabha.

The IPFT MLA Brishaketu Debbarma who had submitted his resignation last year from the membership of Tripura assembly after IPFT failed to secure even a single seat in the Autonomous District Council (ADC) election.

Despite several hearings and communication, the Speaker was yet to take any decision on the issue and Brishaketu was allowed to vote as an MLA but he didn’t turn up.

Soon after the commencement of voting at 9 AM, CPI-M MLAs had voted first for their candidates and later BJP MLAs led by Chief Minister Biplab Kumar Deb and Speaker Ratan Chakraborty voted for Dr Saha in the assembly lobby.

Anticipating cross-voting from BJP and IPFT members, government chief whip Kalayani Roy on Wednesday issued a whip to all the ruling party MLAs directing them to vote for Dr Saha, or else members will be disqualified from the assembly, party sources said.

The BJP in Tripura has been suffering from an inner squabble over the leadership and dissidence against Chief Minister Biplab Kumar Deb and President Dr Manik Saha for the last two years.

Seeking removal of the Chief Minister and president, BJP MLAs and leaders had met the party’s central leadership several times besides, open statements against the CM and party president but no action.