"I am being the chief of tribal front of BJP had realised IPFT doesn't have the strength to dominate ADC elections, which I repeatedly told my state and central leaders but couldn't convience them," Rebati repented. 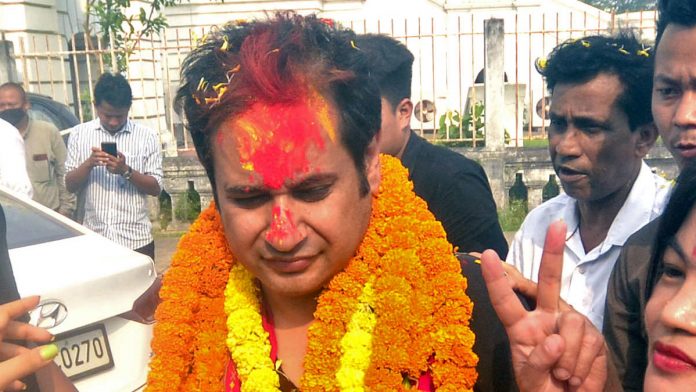 “I am being the chief of the tribal front of BJP had realised IPFT doesn’t have the strength to dominate ADC elections, which I repeatedly told my state and central leaders but couldn’t convince them,” Rebati repented.

He said the indications were very clear in the last three years activities of IPFT. They had attacked my house in Gandacherra, BJP MLAs and MP were attacked in a party programme in the constituency of IPFT general secretary and tribal welfare minister Mevar Kr Jamatia, BJP state president and top leaders were attacked in ADC headquarters a few days ahead of the election by IPFT.

Apart from that since the formation of the BJP-IPFT government, fight between the cadres of both the parties at ground level was visible. But at the last moment when BJP was offered and agreed to fight in 11 seats leaving 17 to IPFT in 28 -members ADC, voters didn’t accept it.

Moreover, in many seats, BJP candidates were not selected properly and in some seats unhappy with the candidate, partymen contested election as Independent candidates that divided BJP votes and paved the way for Pradyot Kishore’s party to win in spite of not having a base.

In the election result, it is established that BJP has a strong base in hill and the party won nine in fighting 14 seats but IPFT returned empty-handed even after fighting in 17 seats.

“Had my leaders listen to me and fight alone BJP could easily win at least two-thirds seats. My political career is brief but I started at grassroots level, I think my leaders didn’t realise it,” Rebati added.