Giving information about these two campaigns, BJP Mahila Morcha President Vanathi Srinivasan told UNI that the unique campaigns 'Young jeans" will target women under 25 years of age in each assembly constituency of the electoral states. 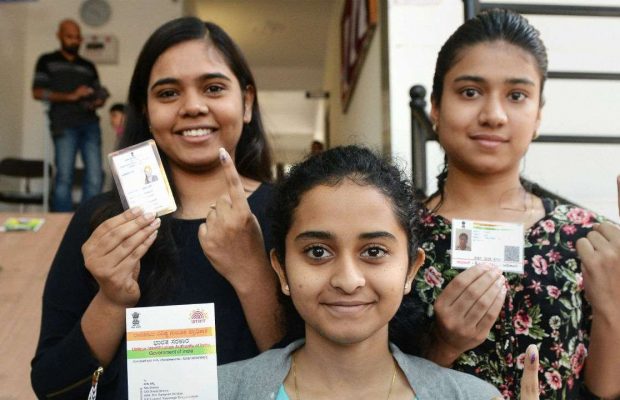 Giving information about these two campaigns, BJP Mahila Morcha President Vanathi Srinivasan told UNI that the unique campaigns ‘Young jeans” will target women under 25 years of age in each assembly constituency of the electoral states. She said it was also an attempt to dispel the notion that modern young women do not want to vote for the BJP.

“Congress leaders like Digvijay Singh always said the BJP is against women wearing jeans and women who wear jeans do not vote for us. The truth is that the BJP has always imbibed modern values along with culture and traditions of India.,” the BJP leader said.

Srinivasan said under the ‘Young Jeans’ program, BJP Mahila Morcha workers will go amongst the young women voters, interact with them and hold dialogue with them.

She said that the BJP has been in favour of equality for women, their individual choice and freedom, which is why the party enjoys full support of women voters. She also said that safety of women has been the most important priority in the BJP ruled states.

She also said through this outreach program, efforts would be made to understand the needs and problems of women in each assembly constituency. She said the feedback will also help in formulating future government programs for women. Srinivasan also took a dig at the Congress’ slogan ‘Ladki Hu Lad Sakti Hu’ (I am a girl, I can fight) saying it was mere lip service.

“Priyanka Gandhi announced she will field 40 per cent women candidates in Uttar Pradesh assembly elections, but in Uttarakhand, Goa, Punjab and Manipur, the Congress did not do so. It shows that they are doing politics on women’s issues and are just pretending to be on their side,” she said.

Srinivasan also launched an attack at the SP and said women were unsafe in Uttar Pradesh during their rule, and commended the Yogi Adityanath government for improving law and order situation in the state.