Babli had recently taken part in various programs of the board and had visited different parts of the state. 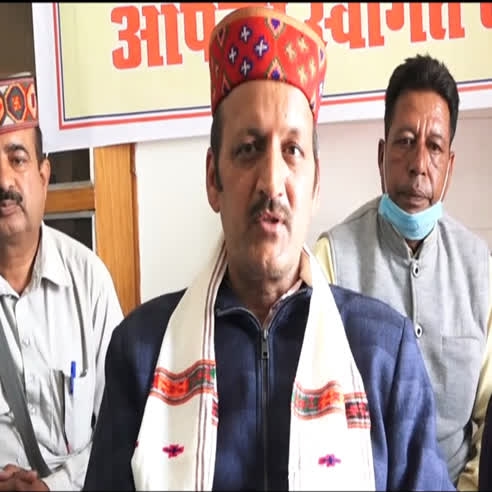 Hamirpur (HP): Rakesh Sharma(Babli), the Chairman of HP state kamgar board and a senior BJP leader died of cardiac arrest while on way to Rampur in Shimla district last evening, the party said in a statement on Sunday.

Babli was fifty-five years of age and had actively worked in the Akhil Bhartiya Vidyarthi Parishad as its organizing secretary in Delhi.

Babli hailed from Budhan village of Sakroh gram panchayat of the Hamirpur district and was also a front runner of party ticket from Badsar assembly constituency. He leaves behind his parents and two small children.

Babli had recently taken part in various programs of the board and had visited different parts of the state.

Babli was on his way to Kinnaur when he suffered a stroke and was shifted to Rampur hospital where he was declared brought dead.

Union Education Minister, Dharmendra Pradhan, Union Information-cum-broadcasting Minister, Anurag Thakur, HP Chief Minister, Jai Ram Thakur, and other HP cabinet ministers have expressed their shock and grief over the sad demise of Rakesh Sharma Babli. They have described him as a dedicated party leader who always worked for the well-being and welfare of the masses.

His cremation will take place at his village crematorium in Budhan of Badsar revenue sub division in the afternoon hours, said a spokesman of the BJP.