Speaking on the occasion, N. Biren Singh stated that the State Cabinet had earlier recognised the Chaga Ngee Festival and announced the day as a restricted holiday, considering the significance of the festival. 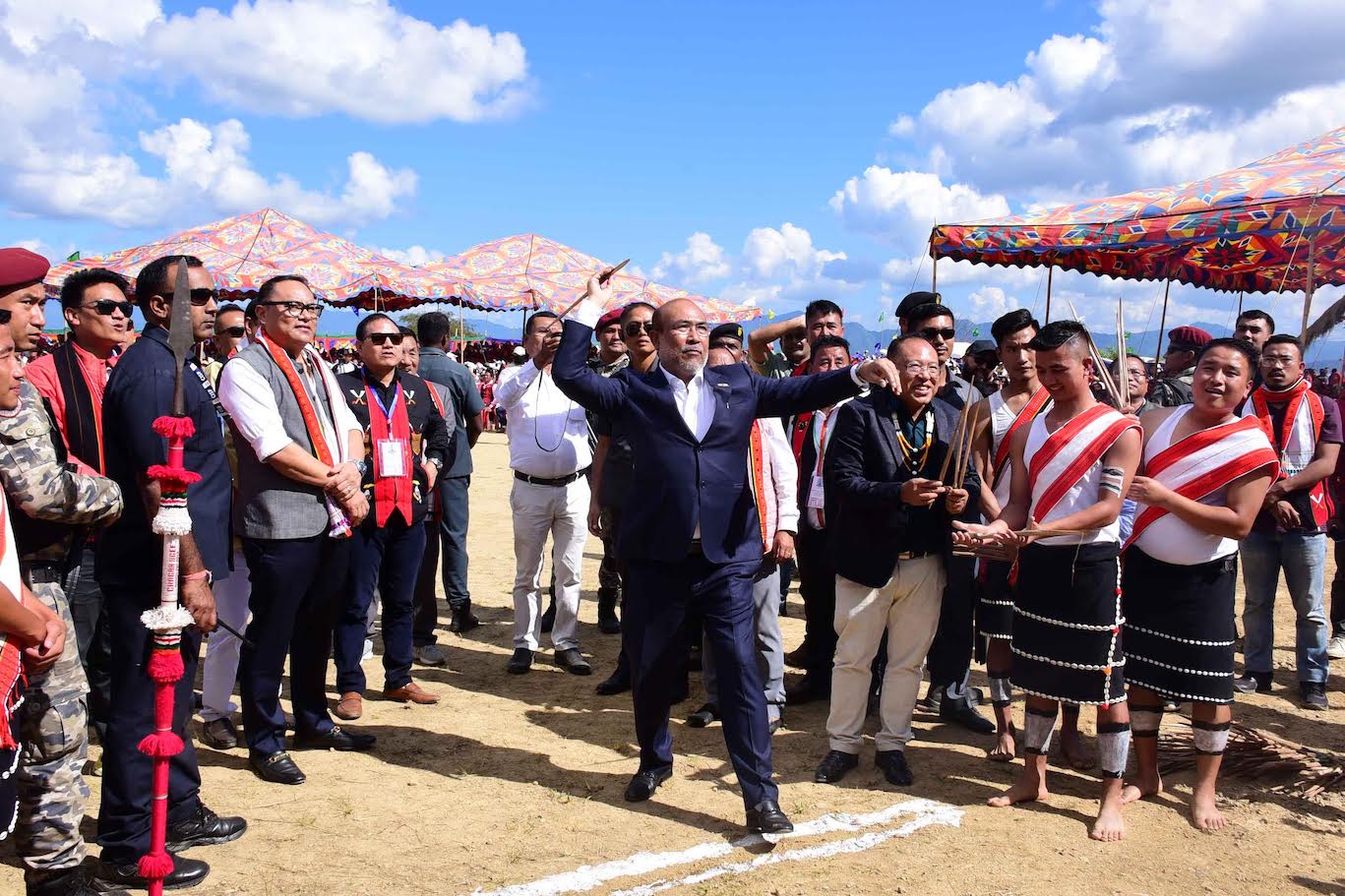 Imphal: Chief Minister N. Biren Singh maintained that his government aimed to empower minority sections of society and to take them along on the path of development.

Speaking on the occasion, N. Biren Singh stated that the State Cabinet had earlier recognised the Chaga Ngee Festival and announced the day as a restricted holiday, considering the significance of the festival.

The Chief Minister informed that the Heritage Park which is being constructed at Makhel with the cost of Rs. 6 crores would be completed before this year’s Sangai Festival.

Continuing that the Liangmai community of the State had been deprived of access to certain benefits of the Government’s welfare programme earlier, he informed that the State Government had decided to open a Sub-Deputy Collector’s Office at Makui Village. The office will be later upgraded to the Sub-Divisional Office, he added.

Stating that development is needed to maintain a peaceful and sound environment, N. Biren appreciated the Zeliangrong people for electing the right representatives, who always take initiative for the development of their regions.

Considering the historical importance of Makuilongdi village, he further announced to install a statue of Haipou Jadonang and the approval of the same would be sanctioned within 15 days. He also assured to construct a permanent hall, instead of the current bamboo structure, at the ground where the festival was observed today.

The Chief Minister further lauded the people of Makuilongdi village for carrying out the plantation of organic crops instead of poppy plantations practices and assured officials of the Horticulture Department to look for suitable crops which could be provided to the village for plantation. He further assured the construction of cold storage at the village to prevent wastage of the crop produced and added that the Government would provide a market platform for selling their produce.

Delivering his presidential speech, Water Resources Minister Awangbow Newmai expressed satisfaction that the Chaga Ngee festival is celebrated in a big way. He continued that the festival, which is also known as the festival of sanctification, had been celebrated since the olden days.

He appreciated the governance of N. Biren Singh, adding that the aged-old relationships among different communities had been revived under his leadership. He added that various development works had also been taken up across the State, bridging the developmental gap between hill and valley.

Member of Parliament, Rajya Sabha Leishemba Sanajaoba, speaking on occasion, the age-old tradition of celebrating the Chaga Ngee festival had been known since the olden days. However, as time changed, the significance of the festival lost its importance for some time. With the current trend of bringing up our own identity, the festival began to be celebrated in a more refined way in 2004, he added, lauding the Liangmai community for such an initiative. He continued that the festival was also known as the festival of purification.

Stating that different communities of the State had been living together since time immemorial, he assured to take up all possible efforts for the progress of the State.

During the programme, the Chief Minister also handed over the reward of Rs. 5 Lakhs to Tapon Village, which was announced earlier for voluntarily destroying the poppy plantation. Cultural dances of different cultural troupes were also showcased during the celebration.