"He is perhaps yet to come to terms with the fact that he is no longer the Chief Minister. He is simply hallucinating that he continues to occupy the vital post." 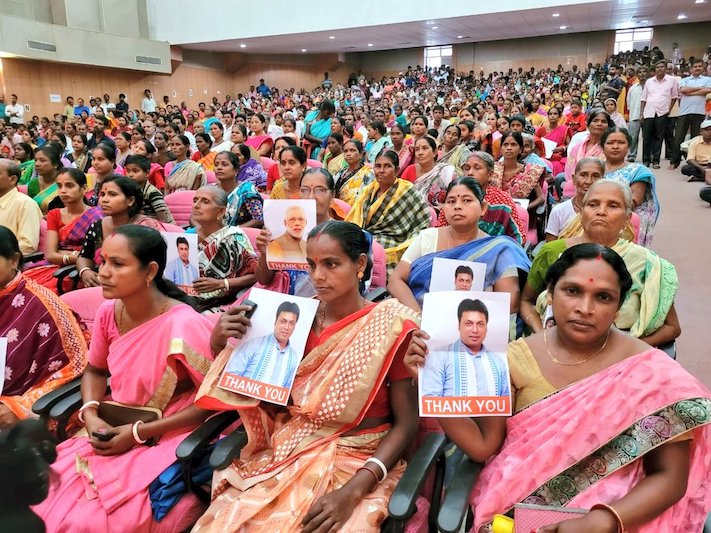 Agartala: Congress leader Sudip Roy Barman on Friday alleged that even after a week of his resignation, Biplab Kumar Deb was still enjoying the protocol and facilities of a Chief Minister and demanded their immediate withdrawal.

Addressing a press conference here, Roy Barman said Deb has been enjoying Z-Plus security with 16 vehicles and flying here and there with his team by helicopter. He went to Kamalpur in Dhalai district to interact with the students by helicopter and his private secretary asked the District Magistrate and SP to receive him, which is beyond the protocol of an MLA.

“Deb was seen sitting as Chief Guest with a Union Minister and State Education Minister accompanying him. Deb is running a parallel administration like a CM. This is illegal. He visited the flash flood situation of Agartala on Thursday with a full contingent of the armed forces and the Officer-in-charge of the police station was leading Deb’s escort. But, Chief Minister Manik Saha was found reviewing the situation with some skeleton staff,” Roy Barman stated.

“He is perhaps yet to come to terms with the fact that he is no longer the Chief Minister. He is simply hallucinating that he continues to occupy the vital post. Otherwise how he can still have such a huge security cover including that provided by commandos. How can he still occupy the official residence of the CM and how is he moving all over the state by helicopter which is meant only for the Chief Minister,” he asked.

He asserted that the Chief Secretary Kumar Alok and DGP V S Yadav should look into the extra protocol being extended to Deb and immediately withdraw those he is not entitled to, and fix the cost of the expenditure Deb has incurred illegally.

“In his delusion, Deb is perhaps trying to impress upon the BJP’s central leadership that he is still very popular; I do not know whether the BJP top brass will be impressed but such illegal things cannot continue. He has mobilised a group of youths who have been campaigning for him and opposing Saha who appeared to be modest and pro-people,” said Roy Barman.

Saha has reduced his security to four vehicles in the city whereas Deb is still using a motorcade of 16even for returning from the airport, he said adding, “I urge the Chief Minister to stop Deb’s extra privileges and BJP should clarify why he was removed.”