Similar legislation has been introduced in the US House of Representatives by Congressmen Ted Deutch and Mario Díaz-Balart, the release added. 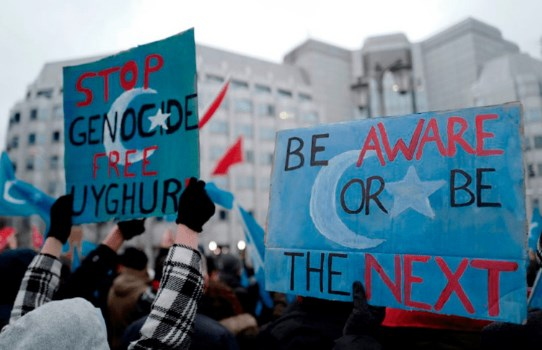 “The Uyghur Human Rights Protection Act would make it easier for Uyghurs and members of other Turkic or Muslim minority groups to apply for resettlement in the United States, and it encourages our allies and partners to implement similar policies,” Coons, a Democrat, and his Republican colleague Rubio said in a joint press release on Tuesday.

The lawmakers introduced the legislation shortly after leading a bipartisan group urging Secretary of State Antony Blinken to take additional measures to aid Uyghur and other Muslim minorities in China’s Xinjiang Province, the release said.

Similar legislation has been introduced in the US House of Representatives by Congressmen Ted Deutch and Mario Díaz-Balart, the release added.

Critics have accused China’s Communist Party of genocide amid reports in media and by human rights groups that more than 1 million Uyghurs and other Muslims in Xinjiang have been imprisoned in re-education camps.