He said that the trend of Naxal violence establishes that their main aim was to keep the poor away from the mainstream and deprive them of the development through violence. 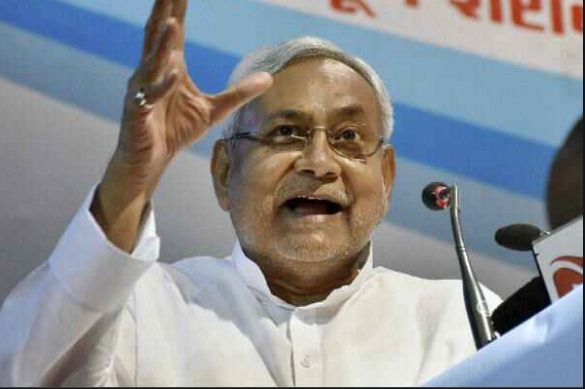 New Delhi/Patna: Describing the fight against Naxalism as a joint operation of the Centre and state, Bihar Chief Minister Nitish Kumar today suggested the Centre share the economic burden.

During a review meeting of the chief ministers of 10 states on Naxalism in Vigyan Bhavan in New Delhi convened by Union Home Minister Amit Shah, Mr Kumar said that Naxalism was a major challenge for the internal security of the country and was also obstructing the development process.

He said that the trend of Naxal violence establishes that their main aim was to keep the poor away from the mainstream and deprive them of the development through violence.

Mr Kumar said that fight against Naxal violence was a joint mission of the Centre and state but the state government has to bear the entire expenditure on the deployment of Paramilitary forces in the affected areas. He requested the Centre to share the economic burden being incurred on it.

He also requested to continue the S I S 2021 – 22 as it plays an important role against Naxal violence.

Mr Kumar elaborating the requirement of the state in fighting against Naxal violence, said that the Central Reserve Police Force which was taken away from Bihar and deployed in Chhattisgarh should be redeployed in the state for better management in Naxal influenced areas.

He also stressed the need for free of cost-intensive and extensive training to the security personnel of the state for effectively fighting against the extremists.

Chennai: Providing a huge boost to ‘Make in India’ and ‘Aatmanirbharta in Defence’ and INDO-US relations and adding a...
Politics

Proud moment : In India’s first US Naval ship arrives for...