FIFA's member associations are set to vote on the proposal in December and, if approved, a radically revamped international calendar could be implemented as soon as 2025. 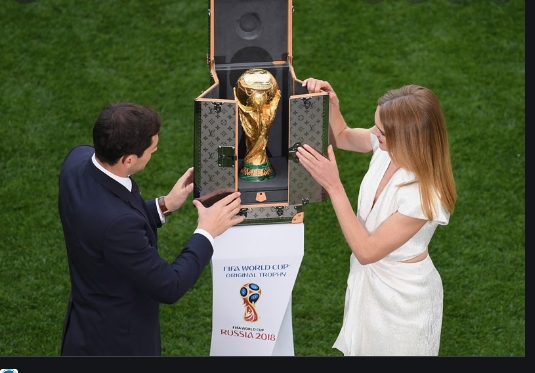 Caracas: FIFA president Gianni Infantino said Friday that a plan to stage the World Cup every two years would provide “a chance to dream” for countries and regions that have never won football’s showpiece tournament.

FIFA’s member associations are set to vote on the proposal in December and, if approved, a radically revamped international calendar could be implemented as soon as 2025.

“Our job is to constantly think about how we can improve football in the world, to make football truly global,” Infantino said at an event in Venezuela’s capital Caracas.

Infantino said the minds behind the inaugural World Cup in 1930 could not have imagined how much the game would grow and downplayed suggestions that staging the event on a more regular basis would diminish its prestige.

“When it was decided to organize a World Cup every four years, more or less 100 years ago, FIFA had 40 countries,” Infantino said. “It’s time to re-analyze the issue.”

He added: “If Messi has to travel 350,000 kilometres to play a World Cup and Cristiano Ronaldo 50,000 to play … I think it’s normal that in June the South Americans are a bit more tired than the Europeans.

“Since 2002, Brazil has not won a single World Cup knock-out match against a European side … Not for 20 years, and that’s Brazil.”

New Delhi: Assam Chief Minister Himanta Biswa Sarma on Sunday called upon the people to report to the...
Health