Biden said Republicans are threatening to use a procedural power called the filibuster, which means Democrats would need to get 60 votes - instead of a simple majority - to increase the debt limit in a 50-50 split Senate. 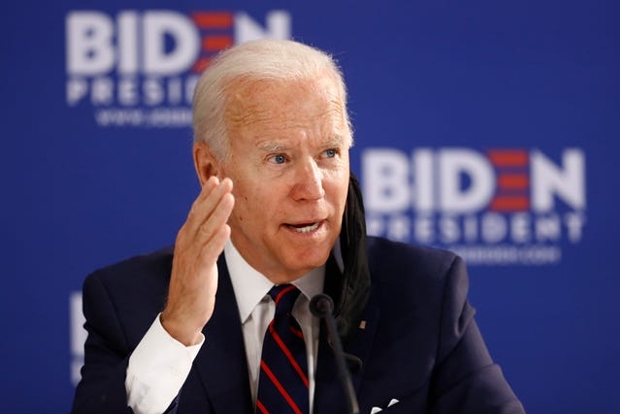 Washington: US President Joe Biden on Tuesday urged Congress to raise the debt limit, lashing out at Republicans for threatening to use their power to block Democrats’ efforts.

“Not only are Republicans refusing to do their job, but they’re also threatening to use the power — their power to prevent us from doing our job: saving the economy from a catastrophic event,” Biden said in a speech at the White House State Dining Room.

“I think, quite frankly, it’s hypocritical, dangerous, and disgraceful,” he said.

Biden said Republicans are threatening to use a procedural power called the filibuster, which means Democrats would need to get 60 votes – instead of a simple majority – to increase the debt limit in a 50-50 split Senate.

In a letter to the president on Monday, Senate Minority Leader Mitch McConnell, however, reiterated that his party won’t help Democrats on the issue, complaining about Democrats’ lack of bipartisanship in crafting major legislation.

“All year, your party has chosen to pursue staggering, ‘transformational’ spending through unprecedented use of the party-line reconciliation process,” McConnell said. The reconciliation process only requires a simple majority in the Senate to pass legislation, which allows Democrats to approve a measure without Republican support.
“For two and a half months, we have simply warned that since your party wished to govern alone, it must handle the debt limit alone as well,” McConnell said.

“Senate Democrats do not need Republican cooperation in any shape or form to do their job,” said the Republican leader, adding that nonpartisan experts confirm that Senate Democrats have every necessary tool to pass a standalone debt limit increase through reconciliation and enough time to do it before late October.

Noting that debt limit is often a partisan vote, the Republican leader also cited Biden’s past opposition to debt limit increases while he was a senator in the minority party.

Biden, in his remarks, noted that Republicans raised the debt three times when Donald Trump was president, and “each time with Democrat support.”

The president also stressed that it’s important to know that raising the debt limit is about “paying off our old debts,” and it has nothing to do with any new spending being considered.

“The reason we have to raise the debt limit is, in part, because of the reckless tax and spending policies under the previous Trump administration,” he continued.

Biden also warned that defaulting on the debt would lead to a “self-inflicted wound that takes our economy over a cliff” and risks jobs and retirement savings, Social Security benefits, salaries for service members, benefits for veterans, and “so much more.”

Treasury Secretary Janet Yellen recently warned that lawmakers have until Oct. 18 to raise or suspend the debt limit before the United States is expected to default on the national debt.

Yellen also said that Congress should not wait until the last minute to raise the debt limit as estimates regarding how long the remaining extraordinary measures and cash may the last can “unpredictably shift forward.”