“He sees his own interests as more important than America’s interest." 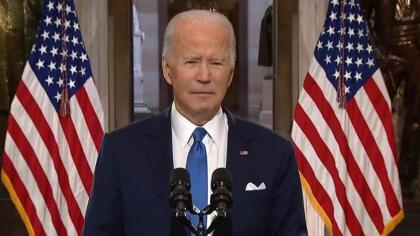 Washington: US President Joe Biden said on Thursday accused his predecessor Donald Trump of creating a web of lies about the 2020 election and putting his own interests above those of the nation.

“Here is the truth: the former president of the United States of America has created and spread a web of lies about the 2020 election,” Biden said in a speech to mark the anniversary of the storming of the US Capitol on January 6, 2021.

“He sees his own interests as more important than America’s interest.”