The diplomat added that Chinese Foreign Minister Wang Yi's proposals on measures to deescalate the situation "were warmly echoed by the international community." 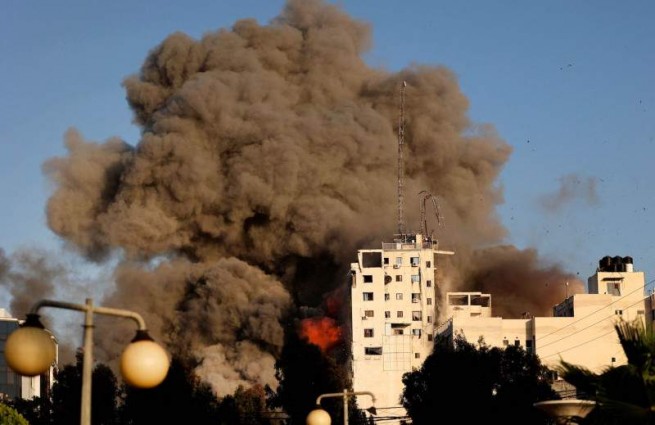 Beijing: Beijing hopes that the United States will show responsibility as a great power and support the role of the UN Security Council (UNSC) in easing tensions between Israel and Palestine, Chinese foreign ministry spokesman Zhao Lijian said on Wednesday.

The remark came in response to a recent decision by Washington to once again block UNSC attempts to pass a joint resolution condemning the violent conflict in the Middle East. Commenting on Tuesday debates, US State Secretary Antony Blinken said that his country was “not standing in the way of diplomacy” but “engaged in quiet, but very intensive diplomacy.”

“History is an impartial recorder. We hope the US will match its words with deeds, truly come back to multilateralism, shoulder its due responsibility as a major country and support the Security Council in playing a due role in easing the situation, rebuilding trust and advancing political settlement,” Zhao said at a briefing.

The diplomat added that Chinese Foreign Minister Wang Yi’s proposals on measures to deescalate the situation “were warmly echoed by the international community.”

“Arab and Islamic states have commended China for adhering to international rules and justice and fairness, believing that China’s position and proposition have shown China’s responsibility as a major country and its adherence to justice on the Palestinian question, and struck a chord with the people of these countries.” the spokesman said.

Following a UNSC meeting on May 16, China, along with Tunisia and Norway, issued a press statement on the Israeli-Palestinian issue, calling for immediately halting hostilities. Washington has since repeatedly blocked draft joint statements.