Since May 12, when a Kashmiri Pandit employee, Rahul Bhat, was shot dead inside his office at Budgam, three employees belonging to the minority community have been killed in Kashmir. 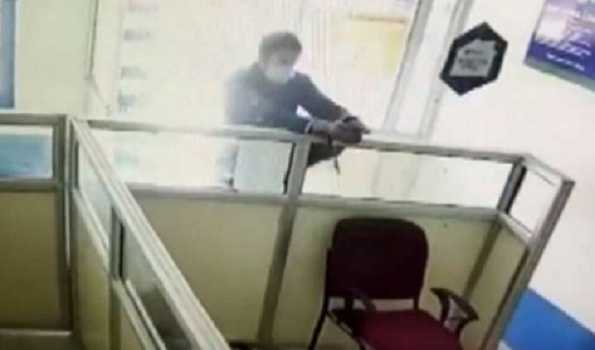 Srinagar: A bank manager from Rajasthan was shot dead in a yet another targeted attack in broad daylight in Kulgam district of Jammu and Kashmir on Thursday morning, triggering widespread condemnation.

The attack took place two days after a 36-year-old teacher from Samba, Rajni Bala, was killed in the same district.

Police said Vijay Kumar, Manager of Ellaqai Dehati Bank and a resident of Hanumangarh in Rajasthan, was shot by unidentified gunmen at Arreh in Kulgam. He later succumbed to his injuries.

Informed sources said Kumar was posted only one week back in the area.

Since May 12, when a Kashmiri Pandit employee, Rahul Bhat, was shot dead inside his office at Budgam, three employees belonging to the minority community have been killed in Kashmir.

This year, at least 16 people, including civilians and off-duty policemen, have been killed in targeted attacks.

The spree of targeted killing has sparked a fresh fears among Kashmiri Pandit employees, recruited under the Prime Minister’s special rehabilitation package, and Hindu employees from Jammu and other states posted in the Kashmir Valley.

Thursday’s killing of the bank manager has triggered condemnation.

National Conference Vice President Omar Abdullah said it was heartbreaking to see families destroyed like this.

“So very sorry to hear about the targeted killing of Vijay Kumar. Tweeting to condemn an attack and condole a death are becoming a mind-numbingly regular thing,” he tweeted.

“Yet another targeted killing! Yet another innocent life snuffed out! Unequivocally condemn the cowardly and dastardly attack on the bank manager,” it said

The BJP asked security agencies to work out a strategy to stop this vicious cycle of violence.

“What a shameful act yet again. This time a bank manager falls to the bullets of terrorists. Now terrorists targeting public servants too. A serious issue and a matter of concern. High time for security agencies to work out a strategy to stop this vicious cycle,” spokesman Altaf Thakur of BJP said.

Peoples Conference chairman Sajad Lone said he was at a loss of words to express condemnation for such heinous acts.

Jammu and Kashmir Apni Party President Altaf Bukhari termed it a very sad situation where innocent civilians were being targeted.

“It’s distressing to learn about the killing of a bank manager in Kulgam… My heart goes out to the family of the deceased,” he said