Bangladeshis, Rohingyas arrested in UP

Giving details of the case, the ATS through an official communiqué claimed that they were already working on investigating human trafficking activities by Rohingyas and Bangladeshi in the country. 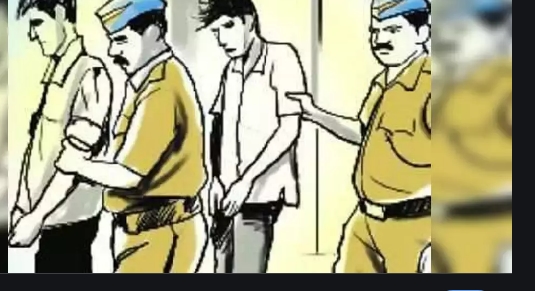 Lucknow: The four suspects picked by the sleuths of the Anti-Terrorists Squad (ATS) from the New Delhi-Sealdah Rajdhani express train from Pandit Deen Dayal Upadhya (PDDU) Junction late on Monday night turned out to Bangladeshi and Rohingyas
involved in “human trafficking”.

The ATS team which brought them here at Lucknow for further interrogation, on Wednesday disclosed their arrests.

Giving details of the case, the ATS through an official communiqué claimed that they were already working on investigating human trafficking activities by Rohingyas and Bangladeshi in the country.

The release said that on the basis of some inputs, they traced four suspects and picked them from New Delhi-Sealdah Rajdhani from PDDU Junction in Varanasi for further interrogation.

The ATS team recovered three Indian Passports in the names on which they were travelling. Their immediate identity according to documents was – Pintu Das, a resident of Kotwali Nadiya in West Bengal, Ronnie Pal, also a resident of the same place in WB, and Bapi Rai, hailing from Ishapur locality of Nadiya in WB. The fourth passenger was identified as Mithun Mandal, a resident of Bardhman in WB.

All the four were brought here to the ATS office where after being grilled, they disclosed their real identity as Shaoan Ahmed alias Pintu, Mominur Islam alias Ronnie Pal and Mehndi Hassan alias Bapi Rai, all belonging to Jamalpur district of Bangladesh.

The identity of Mithun Mandal turned out to be true and he was running the `European Tours and Travels’ agency in Bardhaman in West Bengal.

During interrogation, Mithun claimed to be helping the Bangladeshis and Rohingyas with fake Indian Aadhar Cards and with its help making Indian passports. Later after taking money from them, he sent them overseas on jobs on the same fake Indian IDs.

Besides Mithun, the three had reached India from Bangladesh on August 16 last and already managed to procure fake Indian passports.

ATS picked up four suspects from the PDDU junction on Monday night. The suspects were travelling on berth number 25, 26, 27 and 28 of the B-1 coach of the train. The suspects have got an e-ticket from New Delhi to Sealdah.