Both teams showcased some really good performances in their semi-final bouts, and the stage is set for what is going to be a great final of the ICC Men’s T20 World Cup at the MCG. 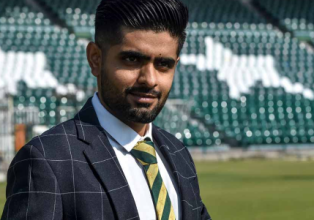 Kolkata: The final of the ICC Men’s T20 World Cup between England and Pakistan is sure to have some fireworks.

With Pakistan coming from the depths of despair after suffering losses to India and Zimbabwe and with England having a poor start with a loss to Ireland in the group stages, both teams have shown some real character and mettle to overcome the odds and reach the summit clash.

Both teams showcased some really good performances in their semi-final bouts, and the stage is set for what is going to be a great final of the ICC Men’s T20 World Cup at the MCG.

Speaking exclusively on Star Sports show ‘Game Plan’, former Australian cricketer Tom Moody spoke on Pakistan having the opportunity to make an impact by winning the ICC Men’s T20 World Cup in Australia, he said “That’s the beauty of history and the legacy of that team that Imran Khan has left for Pakistan. So, that’s really a chance for Babar and his team to leave their own footprint. It’s a different format as well than the 50 overs World Cup, so it’s time to get a 20-20 World Cup. It’s a chance for them to tread new ground and leave their own legacy and footprint in Australia.”

Moody also spoke on the Pakistani batting depth and how critical it will be in the finals of the World Cup, he said “The interesting thing about Pakistan is that the impact that Harris has brought and the free spirit he’s brought to the team as a batting unit has been quite remarkable for a young player. He’s gone out there, from the get go, and taken the game on and if anything, the rest of the team has taken strength from that freedom that he has shown. So, they are very versatile with the batting order and you can’t underestimate someone like Shan Masood because he’s done some heavy lifting this tournament. He’s not picked up the headlines or he’s not striking over a 150, but he’s done some really important sort of partnership building as a middle order player.”

Sanjay Bangar spoke on who has the edge between Pakistan and England, he said “I’ll probably back Pakistan, because bowlers win tournaments and that’s where Pakistan, with the kind of bowling attack that they have, I mean four quality quicks and they have the wrist spin, and if they require they also have the option of a left arm spinner. I don’t think they will use that option that much, but Shadab Khan with the kind of all-round ability that he possesses, the kind of attack that they have, with the reverse swing coming into play at some point in time, we’ve already seen that. I feel that Pakistan are slightly ahead of England at this moment.”