The agent declined to say whether Rushdie was still in hospital, saying the most important thing was that the writer was going to live. 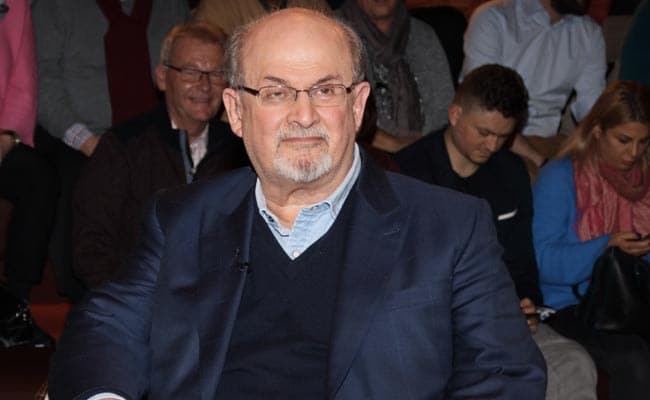 London: Salman Rushdie has lost sight in one eye and the use of one hand after the attack he suffered while preparing to deliver a lecture in New York State two months ago, The Guardian reported Sunday.

The 75-year-old author, who received death threats from Iran in the 1980s after his novel The Satanic Verses was published, was stabbed in the neck and torso as he came on stage to give a talk on artistic freedom at the Chautauqua Institution on 12 August.

Until now, the full extent of Rushdie’s injuries had been unclear. But in an interview with Spain’s El Pais, Andrew Wylie explained how serious and life-changing the attack had been, the newspaper said.

“[His wounds] were profound, but he’s [also] lost the sight of one eye,” said Wylie. “He had three serious wounds in his neck. One hand is incapacitated because the nerves in his arm were cut. And he has about 15 more wounds in his chest and torso. So, it was a brutal attack.”

The agent declined to say whether Rushdie was still in hospital, saying the most important thing was that the writer was going to live.

Wylie also said he and Rushdie had probably talked about the possibility of such an attack in the past. “The principal danger that he faced so many years after the fatwa was imposed is from a random person coming out of nowhere and attacking [him],” he said.

“So, you can’t protect against that because it’s totally unexpected and illogical. It was like John Lennon[’s murder].

Wylie said the world was going through “a very troubled period” – not least in the US. “I think nationalism is on the rise, a sort of fundamentalist right is on the rise … From Italy to … Europe, Latin America and the US, where … half the country seems to think that Joe Biden stole the election from Donald Trump. And they admire this man who is not only completely incompetent and a liar and a crook, but just a farce. It’s ridiculous.”