Extreme heat has a particularly devastating impact on society's most vulnerable groups -- the young, old, those with pre-existing health conditions and socially and economically disadvantaged groups. 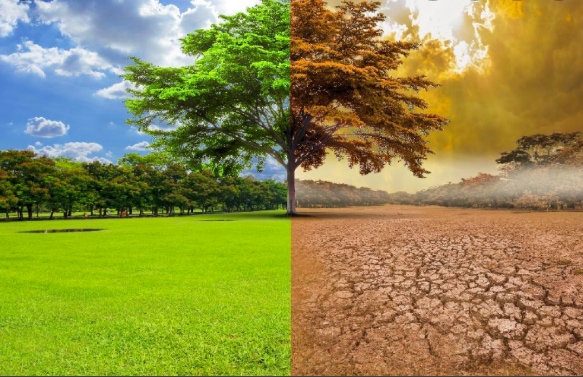 Sydney: Researchers from the Public Health Association of Australia (PHAA) called on the Australian government to take a health-first approach to tackle climate change and its impacts.

A report published on Monday in the Medical Journal of Australia (MJA) showed that Australians, living in one of the driest and hottest places in the world, are likely to feel the brunt of global rising temperatures.

The paper cited that extreme heat events in Australia are linked to more deaths than all other natural hazards combined.

This mirrored Australia’s 2019-20 bushfire season where record-breaking temperatures as high as 49.9 degrees Celsius were coupled with fires that burned through swathes of land across the country.

“Temperature records are now being broken frequently and by whole degrees, not 10ths of degrees.”

Weeramanthri and his colleagues said while Australia has an international obligation to spring to climate action and meet emissions targets, Australia’s health sector has a responsibility to “frame climate change as a health issue, first and foremost.”

“All levels of government (national, state and local) should have a defined role as for other hazards.”

Extreme heat has a particularly devastating impact on society’s most vulnerable groups — the young, old, those with pre-existing health conditions and socially and economically disadvantaged groups.

“We need to take note of the science and real-world evidence before our eyes, urgently reduce emissions, and prepare for further such events in a planned way that prioritises equity and takes into account our specific circumstances and risks,” concluded the researchers.