The demand was raised at the coordination meeting of the National Democratic Alliance (NDA), by National People's Party leader and Lok Sabha MP from Meghalaya Agatha Sangma. 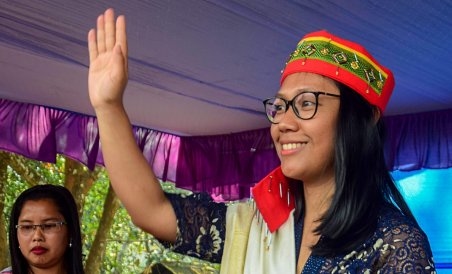 New Delhi: At a coordination meeting of NDA called ahead of the winter session, government-ally NPP called for scrapping the CAA, even as allies expressed support for smooth conduct of winter session of Parliament.

The demand was raised at the coordination meeting of the National Democratic Alliance (NDA), by National People’s Party leader and Lok Sabha MP from Meghalaya Agatha Sangma.

In the meeting, government allies assured support for smooth conduct of Parliament. Opposition parties have listed a number of issues that they’d raise in the upcoming session, with Farmers’ protests and laws on MSP being major issues.

Minister of State for Parliamentary Affairs Arjun Ram Meghwal said the government is ready to discuss any issue.

“We are ready for debate on any issue, it should be in a positive manner,” Meghwal said after the meeting.

According to sources, NDA allies promised government support for the smooth conduct of the session.

Earlier, a meeting of BJP’s Parliamentary party was also held. Party President JP Nadda stressed MPs having good attendance. He also said the government is prepared to counter opposition on all issues, including issues like farm laws and Pegasus snooping controversy. MPs were also given details of bills to be taken up in Parliament.

The BJP has issued a whip for its MPs for November 29, the first day of the Winter Session. The bill to repeal the farm laws is listed in Lok Sabha for the first day.

BJP has also issued a whip for its MPs in Rajya Sabha for the first day of the session.