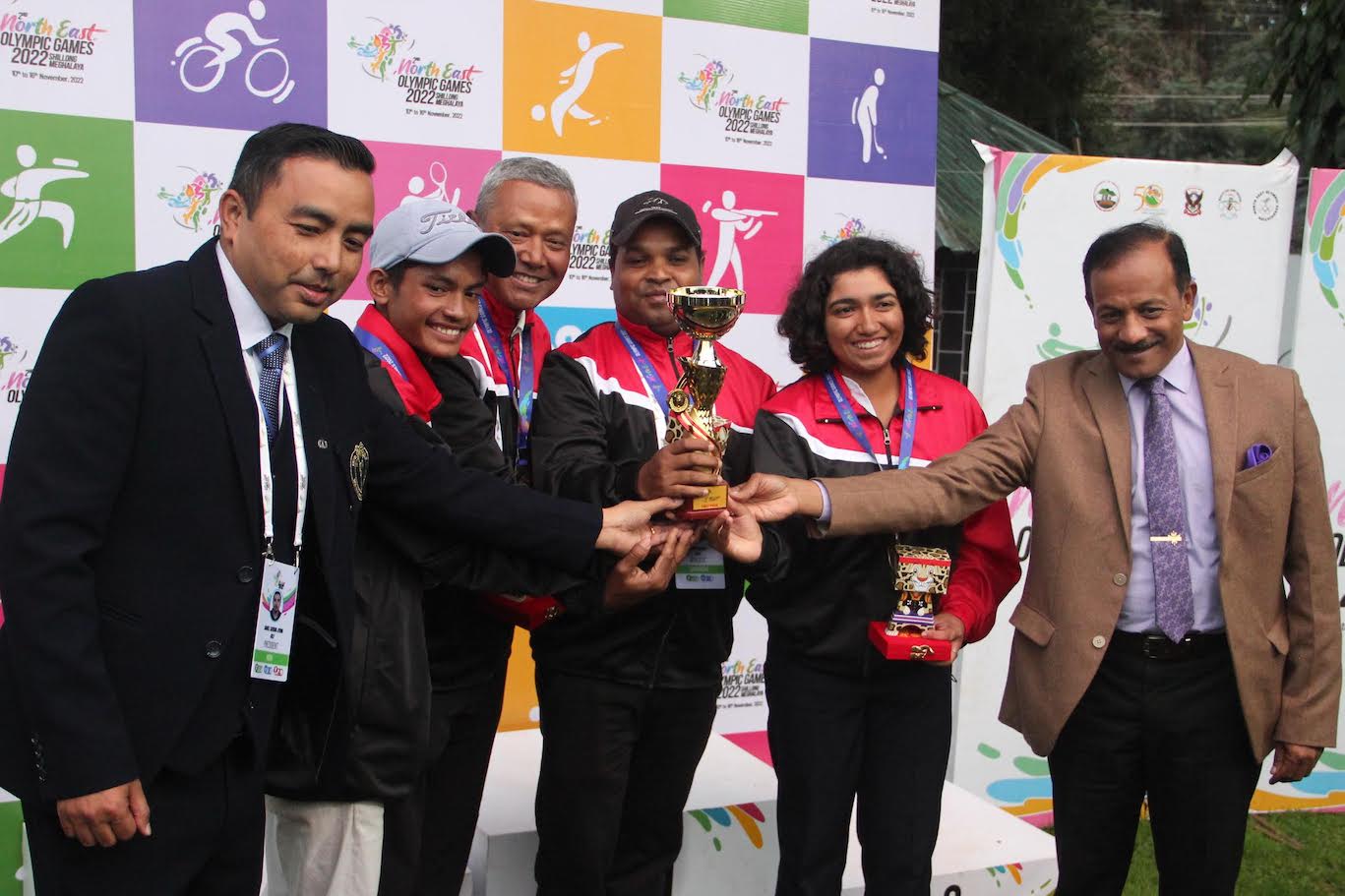 Shillong: Assam’s golfers were dominant on the Shillong Golf Course, known around the world as the ‘Gleneagles of the East’, winning five gold medals at the 2nd North East Olympic Games 2022.

Golf began on 10 November and concluded Sunday. The golfers played a round of 18 holes a day over four days on the challenging but beautiful course.

Manipur took one gold and two bronze, while Arunachal Pradesh claimed one gold.

The overall individual gold was bagged by Assam’s brilliant Goswami, who was in front of Assam’s Hussan and Meghalaya’s Dr KI Singh.

In the individual categories, Meghalaya’s only gold medal was won in the Amateur division by the state’s youngest golfer at the tournament, Jason Passah, who only took up golf two years ago after coming back home to Meghalaya during the Covid-19 pandemic. Second place went to Biki Datta of Assam and Jonathan Iawphniaw of Meghalaya.

Goswami took gold in the Ladies’ event, with Meghalaya claiming silver and bronze through Jyoti Agarwal and Pooja Goenka respectively.

Keisham Indrajit Singh of Manipur won the Super Senior event ahead of Hector Marwein of Meghalaya and Nagesh Singh of Assam.

Arunachal’s lone gold came through Col Hemonto Panging, who won the Senior category ahead of Benu Malakar of Meghalaya and Lhunkhotang Hangsing of Manipur.

Hussain won the gold for Assam in the Mid-Amateur category, with Meghalaya taking the silver and bronze through Dr Singh and Gaurav Bajaj.

The Professional category was won by Deben Bhumij of Assam, with Anil Ram of Meghalaya second and Deepraj Chetia of Assam third.