Sarma made this statement while welcoming three former legislators and one Independent legislator Samuel Sangma into the BJP’s fold on Wednesday. 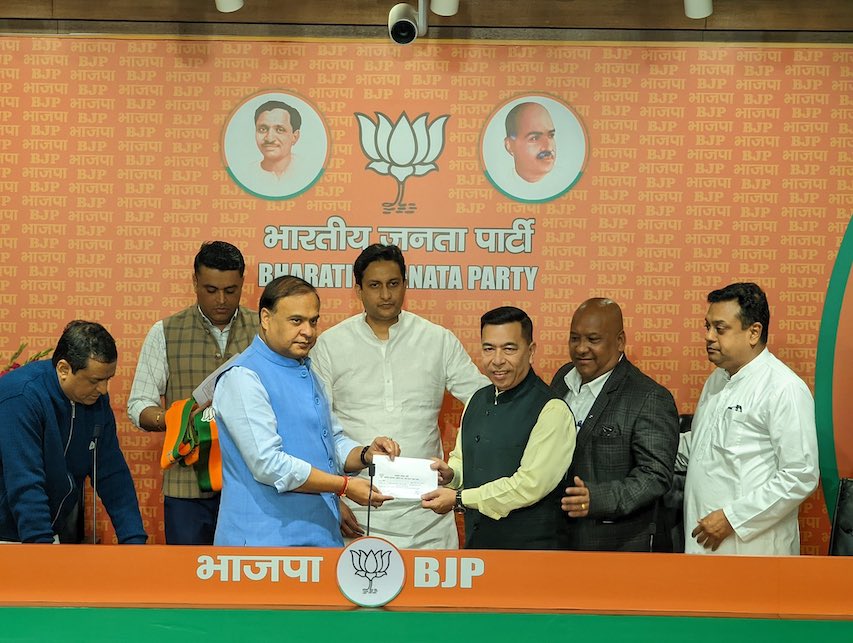 Shillong: Assam Chief Minister and the BJP’s main strategist for the northeast, Himanta Biswa Sarma, on Wednesday said he is confident that BJP will increase its tally in the upcoming Meghalaya assembly elections.

Sarma made this statement while welcoming three former legislators and one Independent legislator Samuel Sangma into the BJP’s fold on Wednesday.

Himalaya Muktan Shangpliang (of the opposition Trinamool Congress) and Benedic Marak and Ferlin Sangma (of the ruling National People’s Party) had recently quit as members of the Meghalaya Assembly to pave way for joining the saffron party.

“In Meghalaya BJP will take its tally from 2 MLAs at present to forming a government that will further the welfare policies of Prime Minister Narendra Modi in the state,” Sarma said.

The BJP is supporting the NPP-led Meghalaya Democratic Alliance government.

Stating that three state governments in the North Eastern States have been elected twice consecutively, the Assam Chief Minister said this goes on to show that the acceptance of the BJP in the region has become permanent.

Sarma said that to carry the momentum forward, the BJP is now preparing for the elections in Tripura, Meghalaya and Nagaland.

Elections in Tripura, Meghalaya and Nagaland are scheduled to be held in February-March 2023.