Rebutting over his allegation that the Modi government has reduced the budget of MNREGA by 25 percent. 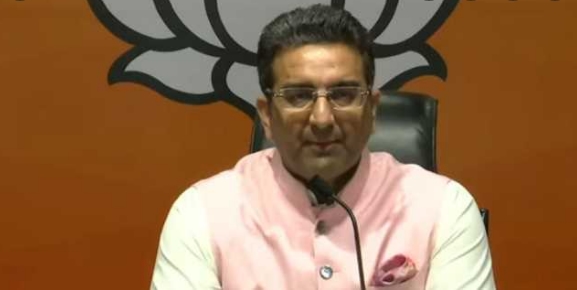 New Delhi: BJP on Thursday slammed Arvind Kejriwal for his remarks that the Centre is waiving off tax on the rich and piling it on the poor and said it is a “blatant lie” by Kejriwal.

“Now it would not be wrong to say that the Delhi model has failed, Arvind Kejriwal is telling lies. Those who do promise have not fulfilled half of that in Delhi”. BJP Spokesperson Gaurav Bhatia said while addressing a conference at party headquarters in New Delhi.

Rebutting over his allegation that the Modi government has reduced the budget of MNREGA by 25 percent.

Bhatia said the way in which MGNREGA was made effective, not only increased its budget but it was also ensured that every rupee reaches its account directly and there is no corruption.

“Arvind Kejriwal, how did you say that the budget of MNREGA has been cut by 25 percent” he added.

Over the GST share to the state, BJP spokesperson said the Finance Commission has decided that for five years, all the states which were devolved from GST, will remain at 42 percent.

BJP and opposition parties accused the Kejriwal government over his freebies, or “revdi culture”, which the centre has alleged is a method often used to keep voters happy.