The weather was good for flying operations. The pilots had more than 600 combined flying hours on ALH-WSI and over 1800 service flying hours between them. The aircraft was inducted into service in June 2015, he said. 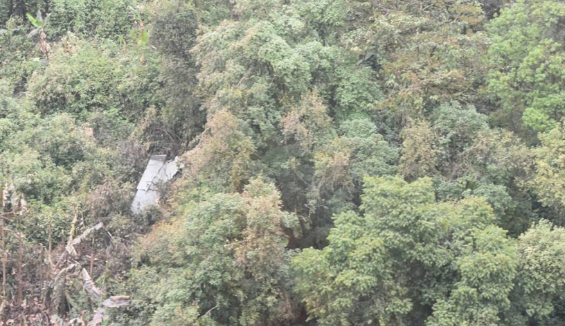 Itanagar: The search and rescue (SAR) mission that continued for the second successive day following the Army aviation helicopter crash near Tuting in Arunachal Pradesh ended on Saturday with the recovery of the mortal remains of the fifth Army personnel, Defence sources said.

“The search and rescue mission has ended with the recovery of the fifth individual. My deepest condolences to the families of the Fallen Bravehearts,” Tezpur-based Defence PRO Lt Col A S Walia said.

Earlier, he informed that moments before the Army aviation helicopter crashed on Friday in a forested area near Tuting in Arunachal Pradesh’s Upper Siang district, the pilots had sent a ‘Mayday’ call over the radio to the air traffic control.

“Prior to the crash, the Air Traffic Control (ATC) had received a Mayday call suggesting a technical or mechanical failure,” the Defence PRO said, adding, “This will form the focus of the Court of Inquiry, which has been immediately constituted to investigate the causes of the accident.”

The weather was good for flying operations. The pilots had more than 600 combined flying hours on ALH-WSI and over 1800 service flying hours between them. The aircraft was inducted into service in June 2015, he said.

The Indian Army Aviation Advanced Light Helicopter (Weapon Systems Integrated) – ALH WSI which took off from Likabali (near the Assam border) crashed at the general area of Migging, south of Tuting in Arunachal Pradesh at 10.43 am on Friday.

There was five personnel on board when the mishap took place. Four mortal remains were retrieved by late evening of Friday before the SAR mission by the Army and Air Force was suspended due to nightfall. The Indian Army, meanwhile, said it offers its deepest condolences and stands firmly with the bereaved families.

This was the second such incident involving an Army helicopter in the hilly state within a month. On October 5, an Army aviation Cheetah helicopter that was flying in the forward area while on a routine sortie crashed near Tawang, killing one of the two pilots while his co-pilot sustained serious injuries.