The Northeastern state had previously reported a COVID casualty on October 8.. 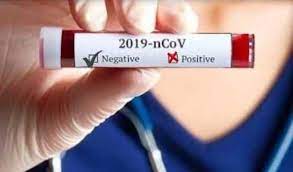 Itanagar: After a gap of over two-and-a-half-months, Arunachal Pradesh has recorded two COVID-19 related fatalities, taking the state’s death toll to 282, a senior health official said on Saturday.

The Northeastern state had previously reported a COVID casualty on October 8..

Both the male victims with comorbidities – one 62-year-old from Lohit district and another 48-year-old from West Kameng district – had received both doses of COVID-19 vaccine, State Surveillance Officer, IDSP, Lobsang Jampa said. In both cases, the bodies were handed over to their family members as per the COVID-19 protocol.

Meanwhile, the hilly state registered four more virus cases in the last 24 hours, while two patients recovered. Three of the fresh cases were detected in Itanagar Capital Complex and one in Tawang district, he said.

With the addition of the new cases, Arunachal’s tally of confirmed cases mounted to 55,343. The state’s total number of recoveries has now gone up to 55,040.

The state’s active COVID-19 caseload increased to 21, while its recovery rate at the moment stands at 99.45 percent, the official said.

On the other hand, the state has administered more than 14.61 lakh COVID-19 vaccine jabs to its eligible populace till now. At least 80 percent of the state’s total adult population (10.09 lakh) have received the first dose of the vaccine while 65 percent beneficiaries were fully vaccinated under the nationwide vaccination drive, state immunization officer Dr Dimong Padung said.