Forty-three of the total cases were found to be symptomatic and 18 asymptomatic, according to a bulletin issued by the state Directorate of Health Services here last evening. 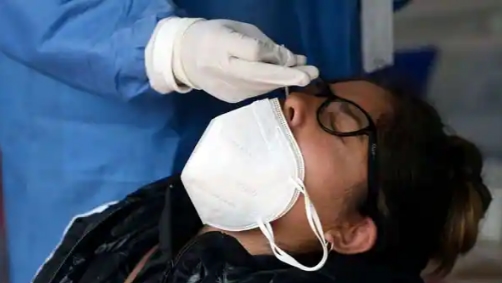 Itanagar: Arunachal Pradesh recorded 61 fresh Covid-19 cases and one death in the past 24 hours, officials here said on Saturday.

A 62-year-old female patient from Leparada district, who was suffering from diabetes type II and chronic kidney disease, died at DCH, Pasighat due to COVID pneumonia taking the toll to 262 in the state, State Surveillance Officer (IDSP) Dr Lobsang Jampa informed.

With fresh infections, the tally of confirmed cases has risen to to 53,217 in the state. Of the new cases, Lower Subansiri accounted for highest 11 cases, followed by Itanagar Capital Complex and East Siang eight each, and Changlang six.

Forty-three of the total cases were found to be symptomatic and 18 asymptomatic, according to a bulletin issued by the state Directorate of Health Services here last evening.

On the contrary, 97 COVID patients have recuperated in the period that lowered the state’s active caseload further to 793. So far, 52,162 people have recovered from the disease.

The recovery rate has further improved to 98.01 per cent, while the positivity rate stands at 1.49 per cent and the death rate is 0.49 per cent, as per the bulletin.

Meanwhile, 5309 people were administered the COVID-19 vaccine doses on Friday. The state has so far given 9,92,219 vaccine shots to various categories of beneficiaries. While 7,34,851 people have taken the first jab of the anti-COVID vaccine, 2,57,368 were fully inoculated, the bulletin said.