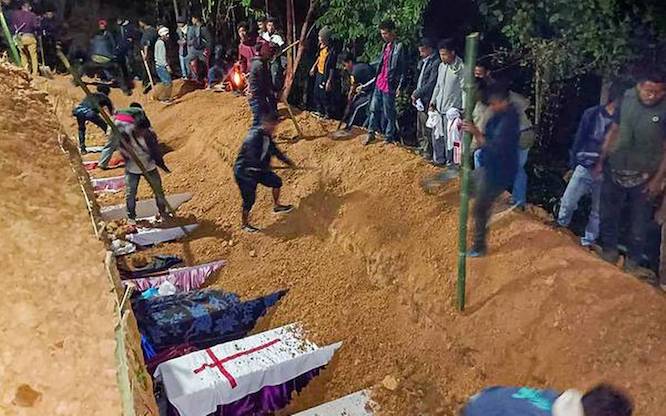 Itanagar: A candlelight march was taken out in the state capital here on Thursday by the Arunachal Pradesh unit of Janata Dal (United) in protest against the killing of 14 civilians in Oting village of Nagaland’s Mon district allegedly by the Armed Forces on December 4 last.

Later, addressing the gathering at the culmination point, the JD(U) state president while condemning the Nagaland killings highlighted the Northeast people’s sufferings due to the contentious Armed Forces (Special Powers) Act (AFSPA) and how the Act was repealed in Punjab and Meghalaya after the respective state governments asked to put an end to it.

In Arunachal Pradesh, the Act is in force in Tirap, Changlang and Longding districts and areas bordering Assam, he said. Tagung said his party condemns what happened in Nagaland. “Innocent civilians shouldn’t be harmed because of this Act. This is wrong and we hope that this is not repeated in future,” he said.