Singh, who goes by the name 'Paras Official' on YouTube, had in one of his videos termed senior Congress MLA Ninong Ering "a non-Indian" and "Arunachal Pradesh, a part of China". 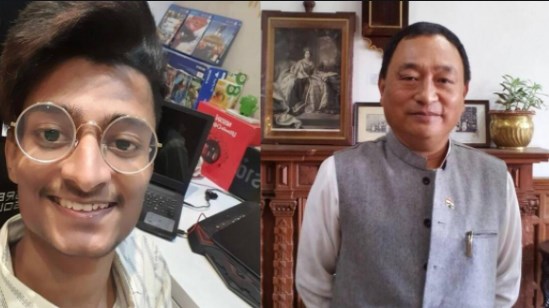 The court allowed Singh’s plea for bail on the execution of a personal bond of Rs 10,000 and a set of other conditions, including not permitting him to leave the country.

The YouTuber was also asked to stay away from interfering into the investigation process.

Public prosecutor Rotom Vijay said, “The bail was granted to Singh as the investigation was almost over and all necessary statements were recorded by the state police during his time in judicial custody here.”

Singh being granted bail does not mean that the case is closed, he said, adding that the trial would continue after the submission of the charge sheet, the PTI reported.

He would have to come back to Arunachal Pradesh for the hearings of the case whenever the court summons him, the prosecutor said.

Singh, who goes by the name ‘Paras Official’ on YouTube, had in one of his videos termed senior Congress MLA Ninong Ering “a non-Indian” and “Arunachal Pradesh, a part of China”.

He had made the comments while reacting to a letter addressed to Prime Minister Narendra Modi by Ering, wherein he had appealed for a ban on the relaunch of PUBG Mobile India’s new avatar Battlegrounds Mobile India.

Ering, also a former Lok Sabha member, had reasoned that the game was aimed at deceiving the government and citizens and should be banned in the country.

Singh, while commenting on the development in his video, was heard saying that Ering does not look like an Indian and Arunachal was a part of China.

Singh, who was arrested from Ludhiana in Punjab, had revealed that the controversial video was made by him to gain widespread attention and views so that his monetary income could be maximised.

According to police, the YouTuber was enraged after reading the letter sent by MLA Ering, seeking a ban on PUBG, as banning the online game would have meant a loss in income for him.