The State Government had in 2020 named the bus terminal as Nabam Runghi Inter State Bus Terminal in his memory. 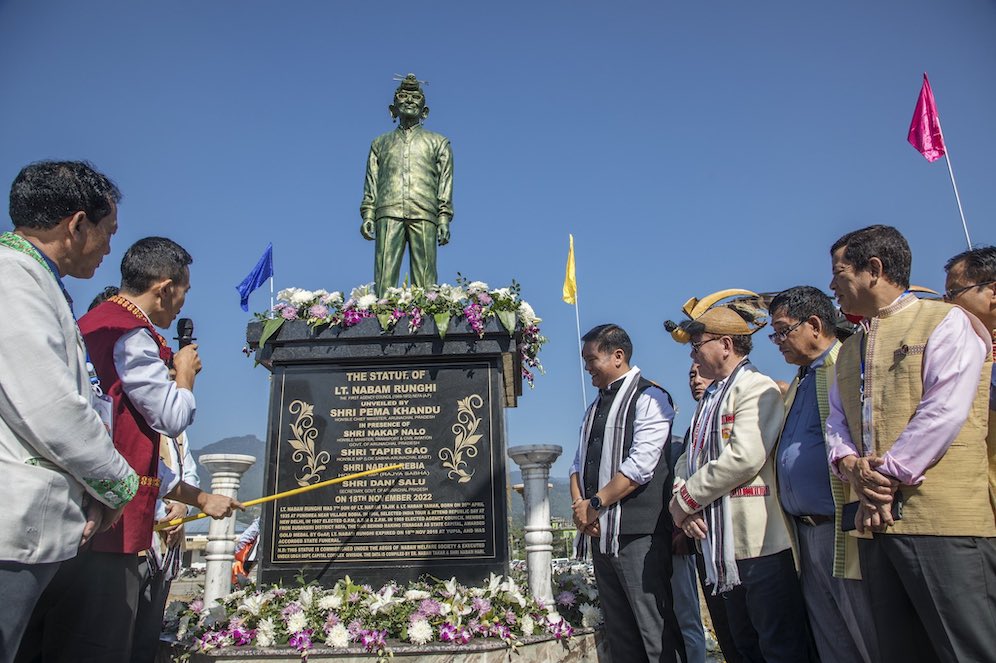 Itanagar: As a befitting tribute to the founder of the present day capital city of Arunachal Pradesh – Itanagar, Chief Minister Pema Khandu on Friday unveiled a statue of late Nabam Runghi at the Inter State Bus Terminal (ISBT) at Lekhi near here.

The State Government had in 2020 named the bus terminal as Nabam Runghi Inter State Bus Terminal in his memory.

Khandu expressed satisfaction in unveiling the statue saying people of the state owe it to late Runghi for the state capital, which has grown and expanded in leaps and bounds since its establishment.

He hailed the late Rungh’s perseverance and pursuit to establish the administrative capital of the then NEFA (North East Frontier Agency) at its present location.

“He carried bricks from Ita Fort, a 500-year-old heritage, to then Assam capital Shillong to prove Itanagar is a major historical place and worthy to be made capital. Late Runghi, the first Agency Council member of the then North East Frontier Agency convinced the then Assam Governor BK Nehru to make Itanagar the capital of our state.

“This exemplifies his love for his land and people and his farsightedness for development of his native place,” Khandu said and called himself fortunate to meet late Runghi in person at his office after assuming the charge of Chief Minister and listen to his fascinating stories.

Khandu expressed gratitude to the family members of late Runghi who were present on the occasion including his wife and children.

He announced that the bus terminal will be soon facelifted by the state government. Late Runghi was conferred with the state gold medal by the Arunachal government in recognition of his contributions in 2017.