“Humble tributes to the pioneer of Integral Humanism and Antyodaya and founder of Bharatiya Jana Sangh, Pandit Deendayal Upadhyaya ji on the birth anniversary,” Khandu stated in a tweet in Hindi (roughly translated). 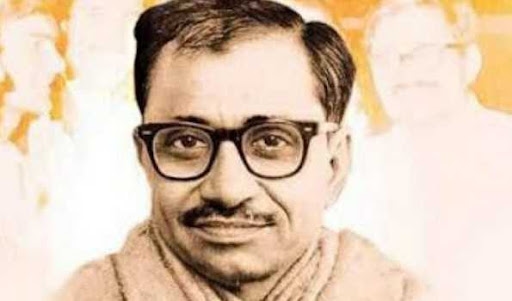 “Humble tributes to the pioneer of Integral Humanism and Antyodaya and founder of Bharatiya Jana Sangh, Pandit Deendayal Upadhyaya ji on the birth anniversary,” Khandu stated in a tweet in Hindi (roughly translated).

Celebrating the birth anniversary of Pt Upadhyaya, whose philosophy formed the ideological bedrock of Bharatiya Janata Party, the chief minister, who was on an official visit to eastern Arunachal district of Namsai, distributed free ration to the people under Pradhan Mantri Garib Kalyan Anna Yojana at Namsai.

“The @BJP4Arunachal always stand committed to work for uplifting the poorest of the poor, and to reach out to the last person of the society,” he tweeted.

The health volunteers armed with their medical kit will reach out to people in every corner and aware, help and counsel them on COVID-19, Khandu said in another tweet. He also took part in a tree plantation programme at the proposed site of Namsai district BJP office building on the day.

At Itanagar, the Arunachal Pradesh BJP led by its president Biyuram Wahge observed the 105th birth anniversary of Pt Upadhaya at the party’s state headquarters at Vivek Vihar here.

On the occasion, the party workers and leaders paid floral tributes to Pt Upadhaya recalling his contributions as an exponent of right wing Hindutva ideology and doctrine of integral humanism, followed by Deep Prajwalan and Vande Mataram.

Pt Deendayal Upadhyaya was a proponent of the Rashtriya Swayamsevak Sangh’s (RSS) right-wing Hindutva ideology as well as the leader of the Bharatiya Jana Sangh (BJS), the forerunner of Bharatiya Janata Party. He was briefly president of the BJS from December 1967 into 1968. He contested the Lok Sabha election in 1963 and lost. He died under mysterious circumstances near Mughalsarai Junction railway station in February 1968.