The Award would be handed over to Aruna Vasudev in a program to be organised physically as soon as possible. 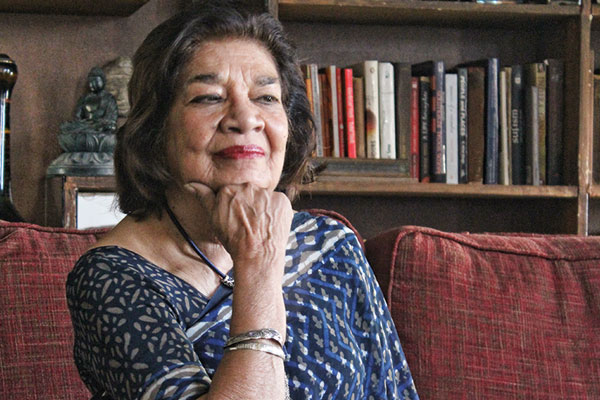 Imphal:  Fipresci-India has instituted the ‘Satyajit Ray Memorial Award for Outstanding Contribution to Writing on Cinema’ award to commemorate Satyajit Ray’s Birth Centenary (2 May 1921-2021), and veteran author Aruna Vasudev will be the first recipient of this coveted award named after Satyajit Ray, said a press release issued by the President Fipresci, Vk Joseph.

The Award would be handed over to Aruna Vasudev in a program to be organised physically as soon as possible.

The Award will be given every year on Satyajit Ray’s Birthday to an author to acknowledge her/his outstanding contributions to writing on cinema (books, essays, articles, discourses) in any Indian language (including English) for propagation of film culture which was Ray’s primary area of concern. Ray started his journey in the field of cinema as a writer and performed his role as an author very seriously throughout his life by writing on cinema both in English and Bengali. His writings on cinema are no less important than his films.

Aruna Vasudev (B.1936) is an eminent film scholar, critic, editor and author. She did her doctorate from the University of Paris on cinema and censorship. She was the founder-editor of the 1st Asian film journal of India “Cinemaya” (1988). She founded NETPAC in 1991 and the India chapter of FIPRESCI with Chidananda Dasgupta in 1992. She was the founder-director of “Cinefan: Festival of Asian Cinema” (1999).

She has been honoured with many national and international awards like Officer of Arts & Letters by the French Government, Korean Cinema Award, Italian Star of Solidarity and several lifetime achievement awards. She has written, edited and co-edited many books, articles and essays on cinema. Some of her selected publications as author/ editor/ co-editor are: “Liberty and License in the Indian Cinema” (1978), “Indian Cinema Superbazaar” (1983), “Les cinemas indiens” (1984), “Frames of Mind: Reflections on Indian Cinema” (1996), Being and Becoming: The Cinemas of Asia (2002), “Modernity & Nationality in Vietnamese Cinema” (2007), “Kenji Mizoguchi and the Art of Japanese Cinema” (2008) and others. She has translated “A la Recherche de Mahabharata” by Jean-Claude Carrière from French into English as “In Search of the Mahabharata” (2018).

She also has contributed hundreds of articles and essays on cinema to many national and international books and journals. She is the series editor of six books on great Indian actors: P C Barua, Sivaji Ganesan, Shammi Kapoor, Mehboob Khan, Sohrab Modi and Guru Dutt. She wrote a column regularly for some years in Hindustan Times, Asian Age, etc. and  articles in journals and books in India and in Europe.