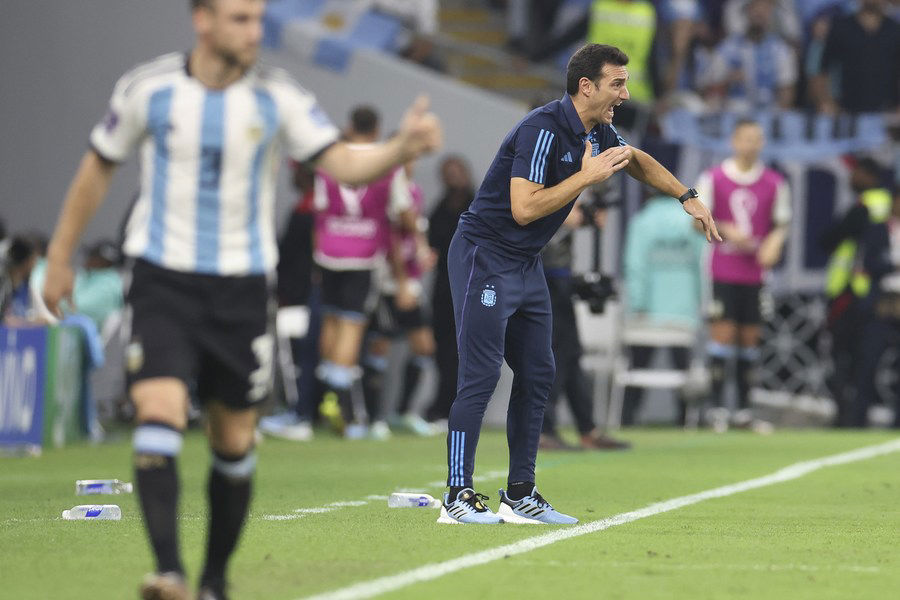 Doha:Argentina manager Lionel Scaloni said his team was already turning its focus to a “beautiful” World Cup quarterfinal against the Netherlands after a thrilling 2-1 win over Australia on Saturday.

“It’s a real honor to come up against a coach like Van Gaal,” he said. “We have a beautiful match ahead of us with two icons of the sport.”

“It’s going to be a source of pride to play against him. Many people have tried to copy him. That’s one of the good things about playing in the World Cup – you get the chance to play with and against the best.”

The Netherlands progressed to the last eight after beating the United States 3-1 earlier on Saturday and Van Gaal’s men remain unbeaten in the tournament so far, having conceded just two goals.

“They might not be as brilliant as other Dutch teams from the past but they have plenty of strengths and some weaknesses too,” Scaloni said. “It will be a beautiful match against two historic teams. Unfortunately, one of the teams will be eliminated and we hope it’s not going to be us.”