The 12-hour capital bandh passed off peacefully without any untoward incident, police said, adding that the district administration, besides declaring the bandh ‘illegal’ had made necessary security arrangements to maintain law and order. 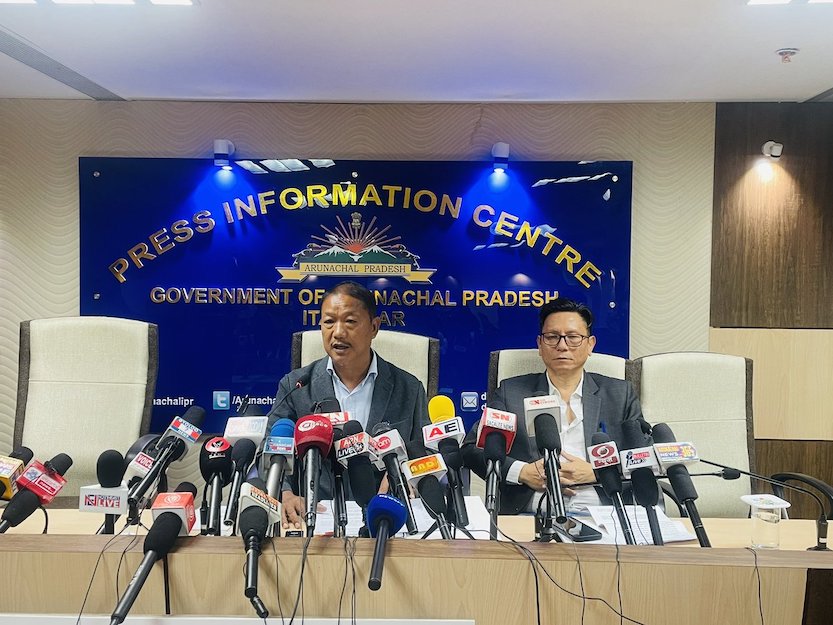 Itanagar: Normal life was affected in the Itanagar Capital Complex following a 12-hour bandh call enforced by the All Nyishi Students’ Union (ANSU) in protest against the state government’s alleged failure to fulfil its charter of demands pertaining to the APPSC paper leak case.

During the dawn-to-dusk bandh, all shops, business establishments, markets, schools, colleges, post offices, and banking institutions remained closed, and all vehicular traffic, with the exception of police and magistrates on duty, was off the roads, giving the capital’s streets a deserted appearance.

The 12-hour capital bandh passed off peacefully without any untoward incident, police said, adding that the district administration, besides declaring the bandh ‘illegal’ had made necessary security arrangements to maintain law and order.

Earlier, a huge number of ANSU activists and bandh supporters took out processions in the streets of the capital, raising slogans like “Save Arunachal”, “Fulfill our demands.” They also chanted slogans against the state government and the Special Investigation Cell (SIC) of the State Police.

The students’ body had on December 3 submitted a memorandum to Chief Minister Pema Khandu, placing its 13-point demand in connection with the paper leak case. Its demands include the immediate termination of all the accused state government officials involved in the paper leak scandal from 2014 until date for a free, fair, and transparent investigation.

Any examination conducted by the APPSC if found to have any kind of malpractice, like paper leakage or other corruption practices, in even a single instance must be immediately declared null and void, and the same examination must be re-conducted.

ANSU President Nabam Dodum said that until and unless our demands are fulfilled, we will continue our protest movement.