Andaman gets Islands’ first e-Clinic backed by Tattvan and IPA

The Tattvan in association with IPA started this e-clinic concept on September 25, 2021, on the occasion of World Pharmacist day and launched its first E clinic in Chhattisgarh. 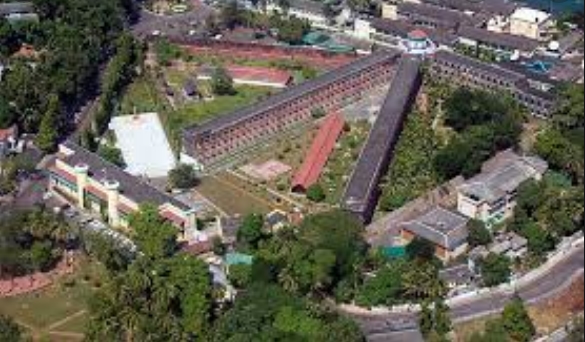 Port Blair: The first e-Clinic of Andaman and Nicobar Islands, set up by Tattvan e-Clinic and Indian Pharmacist Association (IPA), was inaugurated recently at Wimberlygunj area of South Andaman.

As the availability of Doctors, especially specialists and super specialists is a major issue in far-flung Andaman and Nicobar Islands, the concept of e-Clinic is believed to be a key to better facilities in rural areas of this Union Territory.

Tattvan e-Clinics is India’s fastest growing telemedicine clinics network in rural areas and at Wimberlygunj area of South Andaman, the e-Clinic is owned by Vibha Chourasia.

The founder and CEO of Tattvan, Ayush Atul Mishra, and Abhay Kumar President of IPA were also present during the inauguration ceremony.
Addressing the gathering Kuldeep Rai Sharma lauded the efforts of Abhay Kumar of IPA and Ayush Atul Mishra of Tattvan for setting up the rural e-Clinic which, according to the Member of Parliament will be immensely beneficial for the rural mass.

Sharma added that as along with general medicine Doctors, specialists and Super Specialist Doctors from renowned Hospitals in Mainland India will be available in the e-Clinic in telemedicine mode, people from the rural area will be able to consult with top Doctors of India from the e-Clinic centre at Port Blair.

He urged Ayush Atul Mishra to conduct a series of free medical camps in different rural areas of Andaman and Nicobar Islands for which he assured all possible help from his end.

Abhay Kumar, President, IPA in his address mentioned that the idea of starting an e-Clinic was first discussed with him by the Member of Parliament, Kuldeep Rai Sharma two years back and on that line, the IPA and Tattvan have opened this e-Clinic at Wimberlygunj.

Ayush Atul Mishra, the founder and CEO of Tattvan during his addressed gave a detailed briefing about the service and availability of top Doctors, Specialists and Super Specialists in telemedicine mode all the time for patients in the e-Clinic and also gave details about the consultation fees, which will be between as low as Rs. 200 for normal cases to nearly Rs. 800 for super-specialist consultation.

The Tattvan in association with IPA started this e-clinic concept on September 25, 2021, on the occasion of World Pharmacist day and launched its first E clinic in Chhattisgarh.