Amit Shah talks about ‘Har Ghar Tiranga’. His own son, Jay Shah, however, refuses to take the National Flag after India’s victory (against Pakistan) in the Asia Cup. 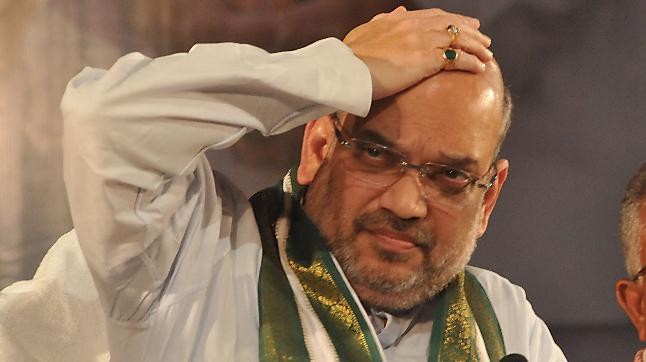 Pointing out that Delhi Police was under the Union Home Minister, Banerjee referred to the recent National Crime Records Bureau report that states “Delhi has the lowest ranking in almost all parameters, while Kolkata remains the safest city in the country”.

“Why isn’t the Pappu doing his job responsibly?” he asked.

“Secondly, Amit Shah talks about ‘Har Ghar Tiranga’. His own son, Jay Shah, however, refuses to take the National Flag after India’s victory (against Pakistan) in the Asia Cup. Isn’t this a reason enough for calling him Pappu?” he wondered.

Thirdly, Banerjee alleged that Shah’s “pet agencies” ED and CBI, were sheltering “thieves”, while targeting Opposition leaders. “(Arrested Saradha Group chairman) Sudipto Sen on camera claimed that (state leader of the opposition) Suvendu Adhikari had blackmailed him. Why is he being protected? ” he posed.

Sen has been in jail since 2013 for being the alleged kingpin of the ponzi scam that rocked Bengal then after his group companies folded up one after another unable to return money parked with these companies by thousands of people who were lured by the promise of astroni=oically high interest rates.

“And finally, they can’t defeat Trinamool democratically, and are hence using under-hand methods to do so. BJP thinks that by scaring Trinamool, they will get an open goal in Bengal. However, they forget that we are joda-phool’er dol (reference to the Trinamool’s symbol of twin flowers). You may have one flower (reference to BJP’s symbol lotus) in your symbol, we have two, and we will never surrender, try as much as you can.”

Over the past few months, The central agencies have arrested two top-ranking Trinamool leaders Partah Chatterjee and Anubrata Mondal in connection with alleged scams, while several other party leaders including Banerjee have faced grilling in relation to purported scams.

“We have seen how within days of our election victory in 2021, our party leaders were targeted by central agencies, and arrested. We also saw how, during the Covid Pandemic,

the Central Government had targeted Bengal Chief Secretary Alapan Bandyopadhyay so that Mamata Banerjee’s government couldn’t work for the people of her state.

“There might be 1,700 political parties in India, but only one party, Trinamool Congress, is taking the BJP head-on. We will never ever bow down our head, not at least in front of those leaders sitting in Delhi,” he said.

Banerjee called upon all to fight shoulder-to-shoulder and defeat the BJP in the coming panchayat polls next year from every districts and then in 2024 from this country.

Taking a swipe at the Modi government for keeping itself busy with changing names of places and railway stations, he said”Had they won in Bengal, they would have changed Medinipur to Modi-nipur and Darjeeling to Modi-jiling”.