Saha, 67, a Professor of Dental Surgery at Tripura Medical College, is known as a gentleman and a staunch anti-left personality, who belongs to a well-off family in the city. He was inducted into the BJP by Deb in 2016 when the latter was heading the state party. 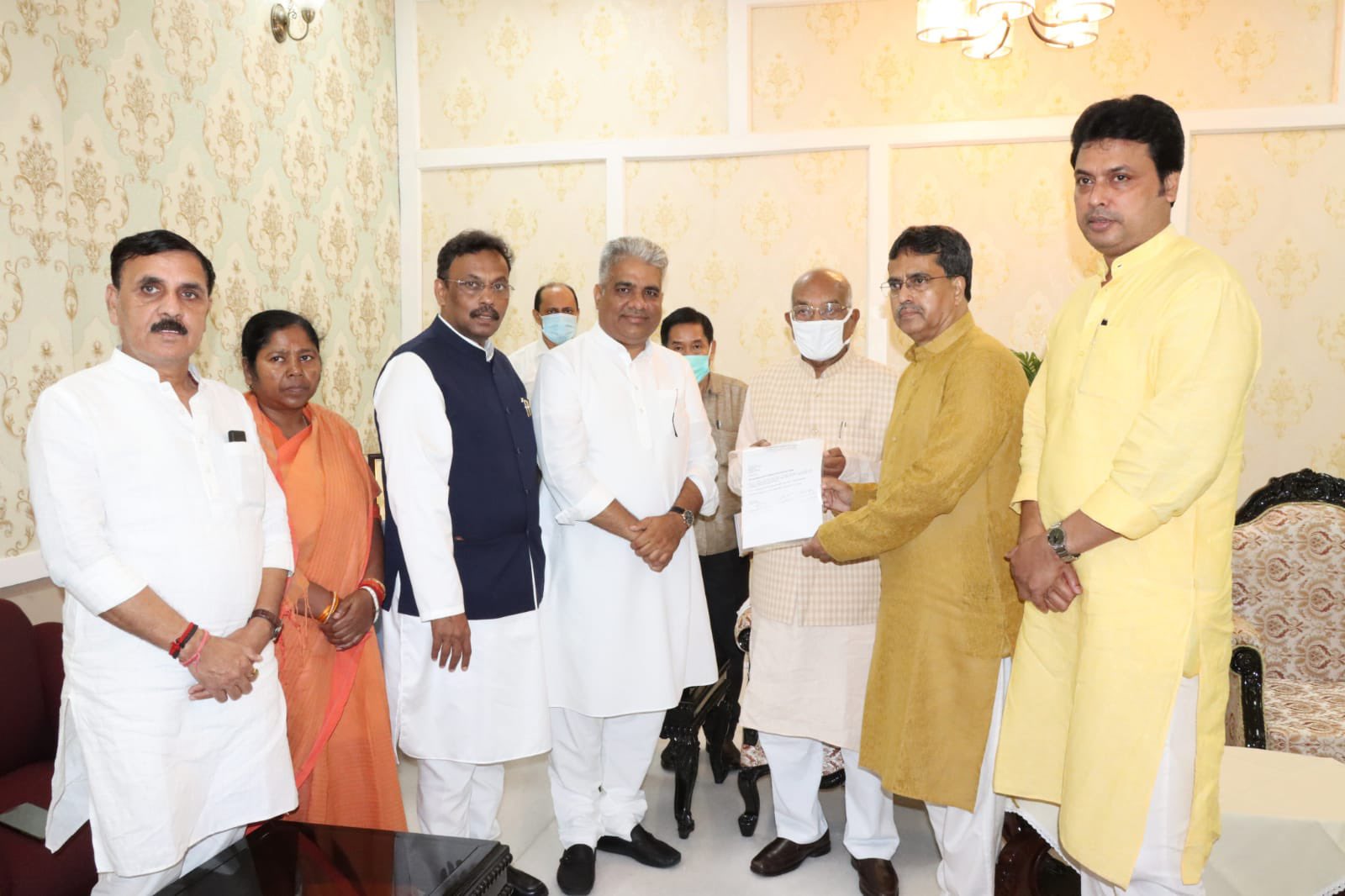 Agartala: Amid unruly scenes in the state party headquarters here, the BJP on Saturday announced Manik Saha as its new legislature party leader, who would be sworn in  as the 11th Chief Minister of Tripura on Sunday succeeding Biplab Kumar Deb who resigned in the afternoon.

Saha, 67, a Professor of Dental Surgery at Tripura Medical College, is known as a gentleman and a staunch anti-left personality, who belongs to a well-off family in the city. He was inducted into the BJP by Deb in 2016 when the latter was heading the state party.

In 2019, Saha succeeded DEB as president of the BJP state unit. Saha has also been heading the Tripura Cricket Association for the last four years.

In March 2022, Saha was elected a member of Rajya Sabha from Tripura.

According to a report, Deb convinced the central leadership to choose Saha as his successor, ahead of other aspirants like Loksabha MP Pratima Bhoumik and Deputy Chief Minister Jishnu Dev Varma. An hour before Deb’s resignation, Saha had tendered his resignation to J P Nadda after holding a meeting with the central observers.

Union Minister for Environment and Climate Change Bhupender Yadav accompanied by BJP general secretary Vinod Tiwari and party state in-charge Vinod Sonkar arrived early in the morning in a chartered flight leaving Deb in Delhi, where he had gone on a sudden visit for the last three days.

Deb, who arrived here on an ordinary flight at around 11 AM, submitted his resignation letter to Governor Satyadeo Narain Arya four and a half hours later, accompanied by Yadav.

“I hereby tender my resignation from the post of Chief Minister, Tripura, with effect from 14.5.2022,” said the one-line resignation letter.

Coming out of the Raj Bhavan, Deb said he put in his papers at the instruction of the party leadership.

“My party has asked me to resign. Now the party wants me to work to strengthen the organisation as the elections are approaching,” he said. Tripura is scheduled to hold assembly polls early next year.

In the evening, at a party meeting in its state headquarters, where reportedly a large number of BJP legislators were absent, Deb proposed Saha’s name as his successor, which led to a ruckus. Cooperation Minister in Deb’s cabinet Ram Prasad Paul threw chairs at Vinod Sonkar after getting furious over Saha’s “selection without consulting” them.

Another BJP MLA Parimal Debbarma, upset with the development said, “We were sent urgent messages to reach the party office but nobody had taken my view for choosing the CM. I don’t know why I was called here and what my role is if everything is pre-decided and autocratic.”

The BJP sources, however, claimed that Saha would reconstitute his cabinet, inducting some new faces and discarding a few based on their performance in the previous government.

“Everything is a game – Dr Saha is replacing Deb and Deb will become the President of the state party. And, the next election would be held under the leadership of both of them. But the way, the party central leadership set aside our demands and claims would in no way do good to the organisation and BJP’s future prospects,” said a senior BJP leader and minister in the outgoing cabinet.