In the present Nagaland Assembly, the NDPP has 20 MLAs, BJP has 12, NPF has 25 and two Independents. 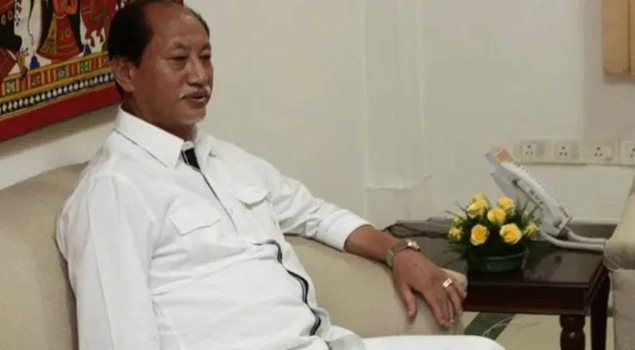 Kohima: All the elected political parties of the Nagaland Assembly have signed a joint resolution paving way for an All-Party Government to be christened Nagaland United Government (NUG).

According to sources Tuesday the ruling Nationalist Democratic Progressive Party (NDPP), Nagaland State Unit of Bharatiya Janata Party (BJP) and two Independent legislators, who are part of the Government and the opposition party Naga People’s Front (NPF) yesterday signed a joint resolution paving way for an all-party government christened Nagaland United Government and the copy of the joint resolution was made available to the media.

The resolution said that the parties shall aim at promoting Naga peace talks with a positive approach in the greater interest of achieving peace and to move forward under a positive environment that is conducive towards finding a political solution at the earliest time possible; (ii) The parties shall appeal to all Naga political groups to make serious efforts towards unity and reconciliation; (III) The parties shall ensure unity of its members in the Legislative Assembly towards the issue and shall make all possible endeavours to achieve the objective; (IV) The parties at this crucial juncture of “Naga Political Issue” shall encourage and impress upon Government of India and all negotiating parties to bring about the solution to a logical conclusion at the earliest and (VI) The parties shall stand together towards achieving the goal of acceptable settlement.

The parties further resolved that they will aim at promoting the Naga peace talks with a positive approach in the greater interest of achieving peace and move forward under a positive environment that is conducive towards finding a political solution at the earliest time possible. Therefore, in light of the ongoing peace talks, they said that all the political parties, to this resolution, endorsed the concept of ‘United Government’ to facilitate the Naga political issue to achieve an honourable and acceptable solution, it said.