Netra News has played to the task assigned by NED which mobilises budgets for media and other social platforms involved in US regime change operations, as detailed by Jeff Richelson ( US Intelligence Community). 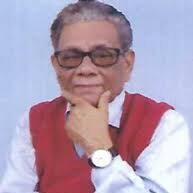 David Bergman’s “independent journalism” or “social activism” ends when it comes to Bangladesh. Here he is Jamai (son-in-law) par excellence, thoroughly wedded to promote the cause of his papa-in-law Dr Kamal Hossain and wife Sarah. Both Dr Hossain and daughter Sarah are lawyers of repute but Hossain is a senior politician who changed loyalties.

From a one-time senior Awami League leader close to Bangabandhu Sheikh Mujibur Rahman and a top minister in his cabinet, Dr Hossain emerged as the projected leader of the Opposition alliance that is spearheaded by BNP and Jamaat-e-Islami in the rundown to the last parliament polls in Bangladesh.

From Awami League’s secular politics to heading a pronounced Islamist alliance, one of whose constituent Jamaat-e-Islami perpetrated horrible war crimes in support of Pakistan army during 1971 Liberation War. The Jamaat-e-Islami opposed Bangladesh’s independence that Awami League fought for.

But Dr Kamal wants to maintain the secular veneer to make the Islamist alliance more acceptable to the West. In this image projection exercise, his daughter’s marriage to a British born activist has been very useful. David Bergman, with ambitions resembling Trump’s son-in-law Jared Kushner, plays his role faithfully.

His closeness to the US deep state has not only got him a fat fund from the National Endowment of Democracy to run an ‘independent ‘ media outlet Netra News but also secured a Human Rights Council chairmanship (for the Iran Committee) for wife Sarah Hossain.

Netra News has played to the task assigned by NED which mobilises budgets for media and other social platforms involved in US regime change operations, as detailed by Jeff Richelson ( US Intelligence Community). It has unleashed a fierce smear campaign against the Hasina government that the US wants to bring down and even targeted the PM’s family.

Netra News is also at the forefront of a scare campaign by spreading fake news– it predicted death of millions during Covid and it is now predicting a Sri Lanka type economic collapse. These stories are to create a mass upsurge by peddling fueling public apprehensions based on unfounded claims which NetraNews never bothers to verify or vouch for.

Bergman is aided by his Bangladeshi sidekick Tasneem Khalil who basks in the glory of importance managed by David’s Deep State connections.

One recent such brazen case of advocacy by David Bergman’s co-editor Tasneem Khalil, who is in self-exile in Sweden, before a group of lawmakers at European Union Parliament in favour of BNP-Jamaat also exposed the vested agenda. Though Khalil introduced himself as an independent journalist and echoed complaints pressed by BNP against the current government, he was later offered a lesson on the country’s history about how Sheikh Hasina’s family was assassinated as part of larger global conspiracy and also the grenade attack on her life by goons employed by the BNP-Jaamat combine back in 2004.

Khalil’s outrageous statement that the human rights situation in Bangladesh was all fine until the present government assumed power in January 2009 fell flat when the upsurge in Islamist violence during the BNP -JAMAAT government was recalled. Khalil was reminded that elements like Bangla Bhai had a free run during that government, political leaders including former Finance minister Shah Kibria were murdered and attacks were launched against a British High Commissioner of Bangladesh origin. Journalists like BBC stringer Manik Saha were murdered in cold blood. And Khalil’s boat of lies was punctured when the Chittagong arms haul in 2004 was brought up to prove the government’s connivance with Islamist terrorists and separatist rebels from India’s northeast.

Now the mute question is if Netra News is an independent outlet, why will it not report on Dr Kamal Hossain’s tax evasion?

Dr Kamal was in thick soup following a recent exposure of a tax dodging case as he and Bergman’s wife Sara Hossain, both living in the capital, concealed their income earned from legal services to their overseas clients. Dr Kamal and Sara Hossain, both known advocates, hold majority stakes in their law firms too.

Another core feature that makes David’s claim as “independent investigator” ring hollow is that David writes and publishes around the political interest of his father in law.

Take the case of David’s wholesale advocacy for Jamaat, an outfit that actively took part in the genocide campaign to help Pakistan Army occupational forces. In the run up to that long awaited war crimes trial. David’s one sided writings in defense of self-confessed turned convicted war criminals and even criticising the proceeding war crimes trial, a key public mandate that helped Sheikh Hasina’s party secure overwhelming victory back in 2008 election.

Right from the start of the trial, Bergman with his blogs weaved a heap of smear much in sync with the narrative in defense of Jamaat leaders ostensibly to help the war criminals.

And no wonder just a year later in 2018, his father in law emerged as the doyen of the opposition alliances as candidates from both parties – BNP and Jamaat – counted on him and took part in the election under his leadership.

Amid decaying acceptance in national and western press, Bergman opened an offshore outlet, funded by US’s National Endowment of Democracy.  But as Jamaat kept denying its war crimes, Bergman offered space to some known pro Pakistan so-called experts. Sarmila Bose is one such whose article Netra carried last year claiming the death toll in 1971 at the hands of Pak army is not more than 10000.

Earlier in pursuit to establish such a white lie, Bergman resorted to a fake Twitter handle named after Awami League to claim the supporters like his pieces in the Twitter. Moreover, through a number of pieces Bergman is still carrying out disinformation against family members of Bangladesh PM Sheikh Hasina.

Sukharanjan Dasgupta is a Bangladesh-based veteran columnist and author of “Midnight Massacre” on the 1975 Bangladesh coup. As chief correspondent of Anandabazar Patrika, he reported on the Liberation War by gathering information from freedom fighters in Bangladesh. The opinion, facts and interpretations published are that of the authors.

Disclaimer: The credit for the image goes to the original owner and The North East Affairs does not claim the ownership and/or the infringement.