The Centre's decision to certify all Covid deaths comes at a time when many states have seen massive unaccounted death figures, raising questions on whether states were undercounting their Covid victims. 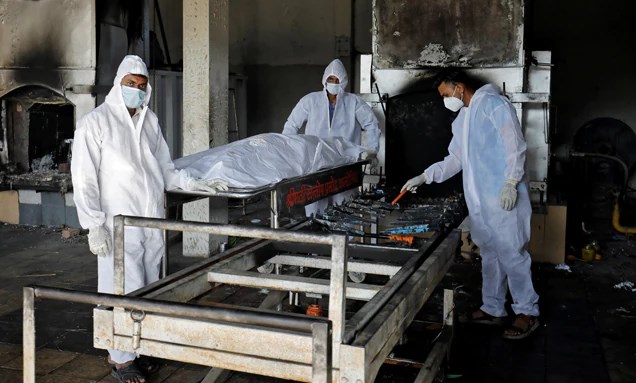 New Delhi: All coronavirus deaths regardless of where they take place, should be certified as Covid deaths, the Centre has said in an affidavit in the Supreme Court amid media reports of the huge discrepancy in death figures in at least six states. In a 183-page affidavit filed late last night, the Centre also promised action against doctors who fail to comply with this rule, the NDTV reported.

So far, only deaths of coronavirus patients that took place in hospitals were certified as Covid, not the ones that happened at home or even at hospital parking lots, leading to a discrepancy in fatality figures that ran into lakhs.

A discrepancy in death figures from this year and in the past has been seen in Madhya Pradesh, Andhra Pradesh, Tamil Nadu, Karnataka, and Delhi. Data analysed by NDTV earlier showed 4.8 lakh unexplained excess deaths in these five states alone.

Yesterday, data from Bihar showed close to 75,000 people died in the state of unexplained causes in the first five months of this year — almost 10 times the state’s official pandemic death figure.

The Centre announced the new rule in an affidavit that also contended that Rs 4 lakh compensation cannot be given for Covid deaths as it would place an unbearable financial burden on states that are already cash strapped due to lean tax collections in the wake of the lockdown and the tailspin in economy.

The government’s decision came after a plea that said families who lost their loved ones to Covid were missing out on compensation already paid by some states as death certificates of victims do not mention Covid as the cause of death.

“Death certificates say death due to lung problem and heart issues. Families of victims have to rush from pillar to post. Is there any uniform policy on issuing death certificates to Corona victims? Or are there any guidelines?” the top court had asked the Centre in a notice.

The Centre’s decision to certify all Covid deaths comes at a time when many states have seen massive unaccounted death figures, raising questions on whether states were undercounting their Covid victims.

Maharashtra has been revising its Covid death numbers to reflect data that came in with some lapse of time. Data from just 12 days resulted in the state’s overall Covid-related deaths zooming by over 8,800. The state has the highest deaths in the country with over 1.17 lakh victims.

On Saturday, the Patna High Court also pulled up the Bihar government — ruled by the BJP and ally NItish Kumar — and said for whatever reason, the state’s reluctance to publish the actual number of fatalities during the Covid pandemic is uncalled for and not protected by law.

In the scathing observation, the court, quoting a 1975 Supreme Court order, said: “To cover with a veil of secrecy, the common routine business, is not in the interest of the public. Such secrecy can seldom be legitimately desired.”

India has reported over 3.85 lakh Covid deaths so far — a number seen to increase further as states prep for a third wave of Covid.

The government earlier said the country had witnessed one of the lowest mortality rates from the disease.

But images of overflowing crematoriums and graveyards, of thousands of bodies buried in the sandbanks of Ganga and flowing down the river in April and May, made headlines across the world, raising suspicions of considerable under-reporting of deaths in the second wave of the disease.