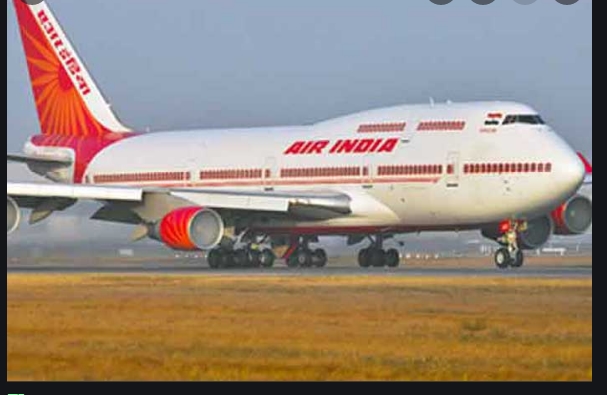 Amritsar: The FlyAmritsar Initiative has asked Air India (AI) to continue its direct flights from Sri Guru Ram Dass International Airport Amritsar to Nanded and Rome in Italy from October 31 onwards, it was reported on Monday.

Mr Gumtala said that in a major setback to the international and domestic connectivity, the national carrier Air India, just before being privatized has suspended bookings for its very popular Nanded-Amritsar direct flight which connected the two important Sikh Temporal seats Sri Akal Takht Sahib and Takht Sri Hazur Abchal Nagar Sahib-Nanded. Not only this, but the once-weekly Delhi-Amritsar-Rome flight booking is also not available and has been removed from the schedule released from the Air India website during the winter schedule that starts from October 29 and will run till March 26, 2022.

He informed that the unavailability of these flights for bookings in the winter schedule indicates that Air India has either suspended these routes or pulled the plug altogether. The airline is currently operating the Nanded flight on Tuesday, Thursday and Saturday with the aircraft taking off from Delhi in the early morning for Amritsar and then departs for Nanded at 0650hrs. Nanded is also an important pilgrimage destination for the Sikh community. With the direct flights, they are able to complete this journey in just two-and-half hours but now suspension of this flight will cause grave inconvenience to the devotees, said Guatemala.

Mr Gumtala added, “The direct flight between Amritsar-Nanded has been in operation for more than three years and fulfilled the long-standing demand of pilgrims, non-resident Indians and tourists from Europe, USA, UK, Canada, Gulf countries and the business community from Punjab and even neighbouring states including Rajasthan, Jammu, Himachal Pradesh and Haryana.

The airline resumed the flight on August 3 earlier this year after a temporary hiatus owing to the corona pandemic. Even during the pandemic, this flight was very popular among devotees. With the upcoming winter season, when thousands of Punjabi NRIs spend the winter time in Punjab, the cancellation of this route is very disappointing for them.