After winning over UAE, the Indian Women’s Team looking to up their game against Tunisia

The Indian Women’s Team had earlier defeated UAE by a 4-1 margin in Dubai, with Manisha Kalyan, Pyari Xaxa, Sweety Devi and Anju Tamang netting the goals. 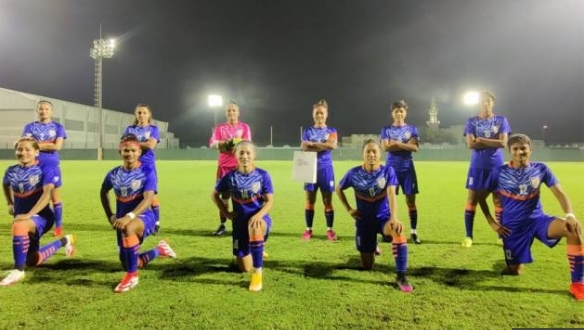 Kolkata: After defeating UAE on their home ground, an upbeat Indian Women’s Team, as they are all set to take on Tunisia in Dubai on Monday, October 4.

The Indian Women’s Team had earlier defeated UAE by a 4-1 margin in Dubai, with Manisha Kalyan, Pyari Xaxa, Sweety Devi and Anju Tamang netting the goals. This victory came after the team played its first overseas friendly with Thomas Dennerby as the Head coach, under whom the squad had trained in Jamshedpur for a month with the help of the Jharkhand government, before travelling to the UAE.

“It was definitely a good start for the girls. That kind of a win helps to get some useful self-confidence into the players,” said Head coach Dennerby after his first international game with the Indian Senior Women’s National Team.

In their next match, India is set to face Tunisia, who are ranked 77th in the FIFA Women’s World Rankings. Looking ahead to the game, Dennerby feels that though it will be a tougher challenge for the girls, the aim remains to earn a victory.

“I guess it is going to be a bit tougher against Tunisia, but we always try to win, and that is just what we will try to do,” said Dennerby. “It is good that we will be playing a relatively tougher team like Tunisia. We need to get used to playing at a higher pace.”

As the Indian Women’s Team marches on to the next match, the aim to win may remain the same, but at the same time, Dennerby is also wary of the “technical errors” that might crop up because of the same, something that the Swedish coach is trying to iron out.

“There are ups and downs in every game. There were times when we were doing really well to control the game. But there were other times when we were also trying to force the game more than we had to,” explained the UEFA Pro Licensed coach. “When you try to force the game, you tend to make small unforced errors, and those can hurt us when we play the best teams. So we need to work on eliminating these errors.”