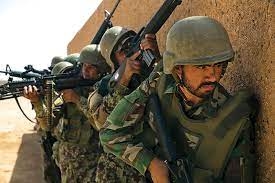 Moscow: The Afghan Military killed 143 militants of radical movement Taliban and wounded 121 during operations in several Afghan provinces in the last 24 hours, the Afghan Defense Ministry said on Sunday.

“143 #Taliban terrorists were killed and 121 others were wounded as a result of #ANDSF operations in Nangarhar, Kandahar, Herat, Ghor, Farah, Samangan, Helmand, Badakhshan & Kabul provinces during the last 24 hours,” the ministry said on Twitter.

Afghanistan is seeing a spike in violence as international combat troops are gradually withdrawing from the country. The foreign troops’ pullout was one of the points in the agreement the Taliban and the United States reached in Doha in February last year, another being the launch of the intra-Afghan talks.