Addressing a day long “Afghanistan Economic Conference”, Akhund said: ”The Islamic Emirate of Afghanistan has met the conditions for recognition,” and added that Islamic countries must take the lead in recognizing of IEA. 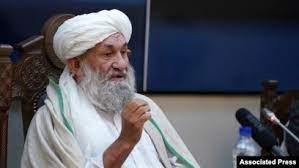 Kabul: The Taliban’s Prime Minister Mullah Muhammad Hassan Akhund on Wednesday claimed the Islamic Emirate of Afghanistan has met the conditions for recognition and called on Islamic nations to take the lead in recognising the IEA.

Addressing a day long “Afghanistan Economic Conference”, Akhund said: ”The Islamic Emirate of Afghanistan has met the conditions for recognition,” and added that Islamic countries must take the lead in recognizing of IEA.

No country has so far recognized the Taliban regime, though countries like China and Pakistan have been engaging closely with the Taliban. The international community has laid down several conditions for the Taliban to follow, including an inclusive government, upholding the rights of minorities, women and children, and abjuring of terrorism, among other things.

“We must try to find a way to solve problems fundamentally. The IEA has been able to eradicate corruption in Afghanistan and ensure global security,” he claimed.

Targeting the West, Akhund said that countries that claim to be the main defenders of human rights have forced a humanitarian crisis on Afghans by freezing Afghan money.

This is the first time the IEA is holding an economic conference after they recaptured power on August 15 last year.
Second Deputy PM Abdul Salaam Hanafi said that in addition to humanitarian aid, Afghanistan also needs development assistance. He said the IEA has provided security for UN agencies and other aid agencies.

“Afghanistan’s 20-year-old economic system was based on foreign aid, which collapsed when that aid was cut off by contractors,” Hanafi said, adding ”We do not want a dependent economy based on aid.”
He said the Taliban will coordinate with the international community and restart projects. “Afghanistan cannot always rely on aid, we need an economy that is based on domestic development and is self-sufficient.”

Deborah Lyons, Special Representative of the UN for Afghanistan, said: “The economic crisis is a serious problem not only for Afghanistan so we are working to lift sanctions against Afghanistan.”

“Humanitarian aid is a short-term solution to the economic problems; But what is needed to solve problems, is the implementation of infrastructure projects.” He also called for the unfreezing of Afghanistan’s frozen assets in his message.
He claimed that it was the result of the Islamic Emirate’s efforts and economic policy which “has opened a new chapter in relations between Afghanistan and the world”.
Acting Minister of Finance Mullah Hidayatullah Badri claimed the IEA for the “first time has created a full-fledged budget from domestic revenue. We are trying to create the necessary transparency in the budget.”
“We have established good relations with the United Nations to attract humanitarian assistance.
The economic conference comes as Afghanistan is potentially on the brink of economic collapse and the country is going through the worst humanitarian crisis on earth.