Another neighbour, Rabindra Pal working in his field heard the sound of distress and when proceeding to the house, he met Supriya who told him that his mother had beaten his sister, therefore she was crying then Pal went off. 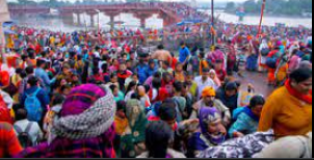 Agartala: While confessing his crime of killing four including his mother, sister, and grandfather, 17 -yrs old Supriya of Durai Shibbari of Kamalpur in Dhalai district narrated the entire crime plot and details of his planning to police during interrogation.

Supriya was arrested on Sunday morning from Halahali on his way to flee the locality. A juvenile court sent him to 13 days of judicial custody and allowed police to interrogate him in the home. In two days of interaction with the accused boy, the senior police officers almost confirmed that the murder was done from personal hatred.

The investigating officer told on condition of anonymity that Supriya admitted the crime and said his sister was his enemy and always in quarrels with him but his mother never in favour of the accused instead, standing with the sister, which made him annoyed for a long time.

“He was planning for killing his mother and sister for quite a long time and to execute the plan he had been watching Crime Petrol to learn the technique to manage the bodies after the murder.

Accordingly, on Saturday afternoon he hit his sleeping mother’s head with a stick repeatedly and killed her on the bed. The sister was sleeping a little far when got up he killed her in the same way and turned on the sound system in high-pitch,” police said quoting the accused confession.

The accused’s grandfather (uncle of his father) 70 -yrs old Dulal Debnath went into the room listening to some unusual sounds of the victim. Supriya hits his head from the back before he understands the situation. He fell on the floor and died on the spot.

The accused thereafter pulled the bodies to a well in the courtyard and began cleaning the blood stains. Meantime, their neighbour Rekha Deb arrived at the house seeking drinking water, and she started shouting seeing blood in the house. Supriya attacked her in the same and killed her on the spot.

Another neighbour, Rabindra Pal working in his field heard the sound of distress and when proceeding to the house, he met Supriya who told him that his mother had beaten his sister, therefore she was crying then Pal went off.

The accused then went out and have booze in a nearby playground and at night when he regained sense fled away from the village planning to leave the state by train the next morning but was caught by police, he revealed to police adding that he was involved in online gambling and had forced his father Haradhan Debnath to lend him Rs 48,000 a few days ago.

“My mother and sister always disliked me and abused me every time, which compelled me to get into drug addiction and liquor consumption. I have been deprived of affection from my mother and she always insulted me and tarnished my image. I was not even given proper food in time – the continuous mental torture derailed me,” he claimed to the police.