Friday, ABVP had some programme at the R K Institution of Kailashahar and the dispute was triggered allegedly when a Muslim student was abused by the organisers in the school. 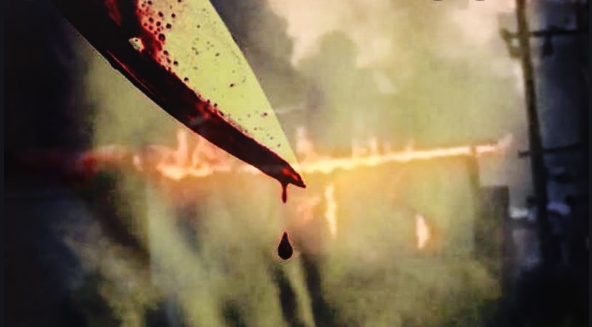 Agartala: The Unokoti district administration in North Tripura has clamped 144 of CrPC Friday following a fresh incident of communal violence in which a leader of BJP’s student wing ABVP was stabbed allegedly by some Muslim miscreants in front of Kailashahar police station in broad daylight on Friday.

Police said the situation has been tense for the last two days in the district following damage to a mosque at Palbazar area of Fatikroy allegedly by some Hindu activists led by BJP MLA of the area Sudhangshu Das.

Friday, ABVP had some programme at the R K Institution of Kailashahar and the dispute was triggered allegedly when a Muslim student was abused by the organisers in the school.

After some time, a group of Muslims assembled in front of the school gate and started abusing ABVP supporters. When the agitated ABVP supporters came out from the school campus, one student leader identified as Shivaji Roy was stabbed by the miscreants of the other party.

The incident spread like a wildfire and the accused youths immediately fled away. Shivaji was referred to Agartala Govt Medical College (AGMC) at night in a critical condition. However, doctors here stated him out of danger. Protesting the attack, Hindu Jagaran Mancha sat in a demonstration at the police station demanding action against the attackers.

Meanwhile, a temple in a mixed populated locality Kubjar of Kailashahar was vandalised allegedly by Muslim miscreants, which further instigated the situation. The local MLA of CPI(M) Mabaswar Ali rushed to the spot and compelled Muslims to repair the temple following which the district administration imposed section 144 for two days.

Police sources said on Friday night, a group of Hindus assembled in the eastern outskirts of Kailashahar town defying the prohibitory order, but police intervened and dispersed the crowd.

The sub-division administration has initiated peace meetings with the community leaders of the villages to restore normalcy and repair the religious places that had been damaged following attacks and counterattacks.

Meanwhile, Tripura police have put a ban on any sort of religious meeting, rally or congregation across the state while appealing to the people to be extra careful about social media posts and sharing of communally vulnerable issues. Besides, police have brought all the mosques in the state under security cover and deployed adequate police personnel in the Hindu-Muslim mixed populated localities.