A small ball that moved the world: 50 years of Ping Pong Diplomacy

Half a century later, a special event was held at the International Table Tennis Federation Museum in Shanghai on Saturday to commemorate the 50th anniversary of the Ping-Pong Diplomacy between the US and China. 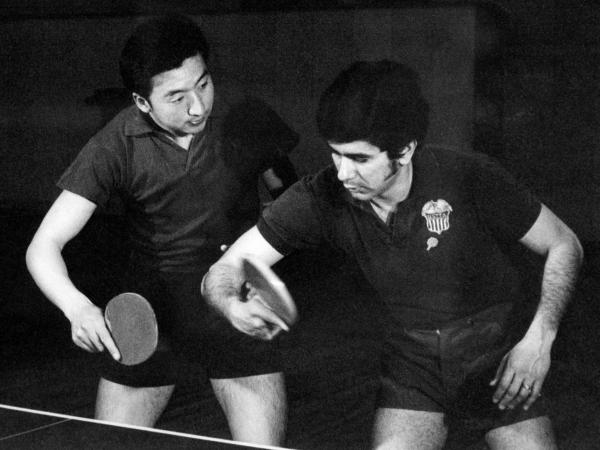 New Delhi/Shanghai: Fifty years ago, a US table tennis team arrived in the Chinese capital Beijing on April 10, 1971, becoming the first US group to visit since the founding of the People’s Republic of China in 1949.

A Chinese team paid a return visit the following year. The mutual visits led to normalisation of bilateral ties and started a world-reshaping process in the middle of the Cold War.

Half a century later, a special event was held at the International Table Tennis Federation Museum in Shanghai on Saturday to commemorate the 50th anniversary of the Ping-Pong Diplomacy between the US and China.

“There are so many memories to cherish and so many more to make,” she said.

The souvenirs for American witnesses were received by James Heller, the US Consul General in Shanghai.

Several former players and coaches who witnessed ping-pong diplomacy in the early 1970s attended the event. They include 83-year-old Xu Yinsheng, honorary president of the International Table Tennis Federation (ITTF).

Guests were shown around the China-U.S. Ping-Pong Diplomacy 50th Anniversary Exhibition at the museum, where photos, collections and videos were displayed to help the audience review the history.

After the ceremony, four teams took part in a China-US Ping-Pong friendly match including players from China Table Tennis College, the US Consulate General in Shanghai, American companies and commercial associations in Shanghai.

The event was organized by the Shanghai People’s Association for Friendship with Foreign Countries, Shanghai Sports Federation, Shanghai University of Sport and Shanghai Institute of American Studies.

The event was significant as it took place amid renewed hostility over trade and technology between the two countries. “People use the phrase ‘the little ball moves the big ball’ to describe China-US ping-pong diplomacy,” said Chinese Ambassador to the US Cui Tiankai through a video link.

The Ping-Pong Diplomacy has special significance in the history of China-US relations. Over the decades, mutual knowledge and interactions delivered tremendous economic and diplomatic benefits to the two countries and impacted the rest of the world. Bilateral trade soared from almost negligible USD 2.5 billion in the late 1970s to around 600 billion last year.

“This event went beyond sports exchanges and had a far-reaching impact on shaping China-US relations and the world landscape, giving us profound insights,” Cui said.